New division to be headed by Garrick Dion; First project will be ‘Collared,’ written by Chris Osbrink and directed by ‘Juan of the Dead’s Alejandro Brugues. 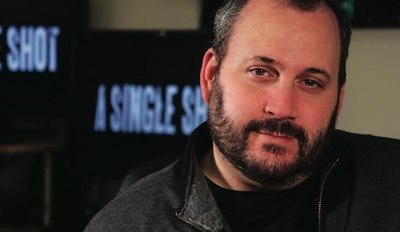 Burnaby, B.C. -- Bron Studios, the British Columbia-based producer of original live-action and animated motion pictures and series television, is launching The Realm, a new label to be headed by Bron’s Garrick Dion specializing in director-driven films across multiple genres.

The Realm’s first project will be Collared written by Chris Osbrink and directed by Alejandro Brugues (Juan of the Dead). This suspense thriller follows a man who, after being kidnapped and drugged, awakens in a city park to find himself fitted with a collar capable of producing motivating shocks or a fatal detonation unless he follows the orders of an unseen criminal mastermind. Collared will begin production this fall in Greater Vancouver.

In addition, The Realm is developing the following projects:

Eden’s Gate, a supernatural drama, written by Patrick Doody and Chris Valenziano (Beneath) where a young couple begins to experience evidence of the paranormal in their new home, leading them to unlock further dark secrets lurking beneath their seemingly perfect gated community.

Parallel, a science fiction tale, written by Scott Blaszak, produced by Bron and John Zaozirny, that follows a group of friends who stumble upon a mirror that serves as a portal to a “multiverse”, but soon find that importing knowledge from the other side bears increasingly dangerous consequences.

“There is a wealth of smart, pulse-pounding and edgy scripts that deserve to be brought to life on film,” said Bron Studios managing director Aaron L. Gilbert in making the announcement. “We intend to produce a wide array of projects that will feed today’s multiplatform distribution networks.”

“Our goal is to work with refreshing, visionary directors and scriptwriters and bring their unique storytelling to fans of scary, thrilling, smart independent films,” Dion added.