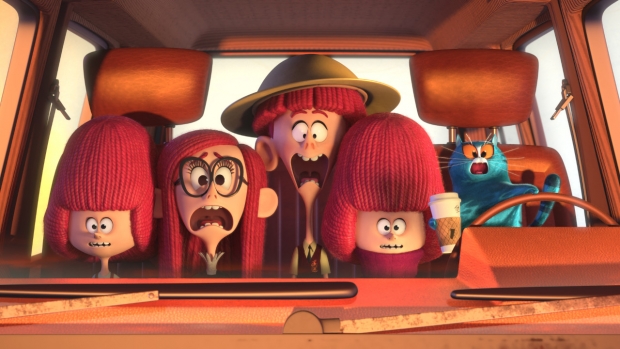 As the entertainment industry has been grappling with the effects of a global pandemic on physical production procedures, BRON spent the past few months shifting select resources to this new division. With live-action film and television productions on hold over the last months and the company’s upcoming theatrical releases (Candyman, The Green Knight, Fatherhood, Ghostbusters: Afterlife, Respect) pushed back, BRON has been able to ensure an additional clear revenue stream, with its production finance partners Creative Wealth Media, that is critical and complimentary to its growing diversified business model.

“We needed to shift,” explained BRON CEO, Aaron L Gilbert. “The company directed much of its creative and production teams towards the creation and now launch of this new division.  Animation has been the only area of BRON capable of being in production during this pandemic as our production team is set up remotely. We feel fortunate to be working through the logistics of scaling this area of our company during these difficult times.”

“With an increasing demand for quality content, virtual production workflows powered by Unreal are helping companies like BRON meet these demands while delivering the quality that they are known for,” commented Miles Perkins, business development, Unreal Engine film & television team, Epic Games. “We’re excited to play a role in the amazing slate of new projects coming from this incredibly talented team!”

Jason Chen has been appointed to lead the newly created BRON Digital division. A virtual production expert and 15-year industry veteran, Chen began in the visual effects industry on Avatar and has gone on to support technical integrations for legendary creatives. His credits include Jojo Rabbit, Real Steel, Star Wars: Episode VII - The Force Awakens, Bumblebee and Thor: Ragnarok.

The company is in its eighth week of production on the animated series Fables. Supported by production financing partners at Creative Wealth Media, three additional original premium animated series and digital film productions are scheduled to begin over the summer.

Fables is a series of centuries-old stories teaching timeless lessons, now retold with a modern twist to engage and teach today’s young audiences. Azazel Jacobs (The Lovers) is directing the 8-episode series. Ra Vincent (Jojo Rabbit) is production designer, and Sebastian Brodin (The Willoughbys) is director of photography. The animated series is created by Kevin Turen and written by Kyra Noonan. The executive producers are Turen, Chen, Ashley Levinson, Aaron L. Gilbert, and Brenda Gilbert for BRON. Jason Cloth, of Creative Wealth Media, is associate producer.

“Fables, like those of Aesop’s, have been used to educate both children and adults alike on how to be moral and just in a great, big world. We have been given the chance to tell them again to a new audience, with depth, heart and humor,” added Turen.