The beloved voice of Mrs. Potts in Disney’s ‘Beauty and the Beast’ and face of Jessica Fletcher of ‘Murder She Wrote’ passed away peacefully in her sleep on Tuesday; she is survived by her children, grandchildren, and great-grandchildren. 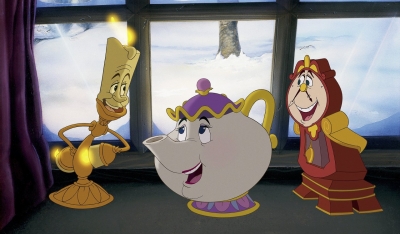 Angela Lansbury, beloved Broadway star, voice of Mrs. Potts in Disney’s Beauty and the Beast, and face of Jessica Fletcher from Murder She Wrote, passed away on Tuesday at the age of 96. Lansbury’s career spanned seven decades, wherein she won five Tony Awards, an Academy Honorary Award, Six Golden Globes, and was even granted the title Dame by Queen Elizabeth II. Lansbury voice Mrs. Potts in numerous Beauty and the Beast projects including film, shorts, and video games. Other voice work included the role of Mommy Fortuna in the 1982 animated feature, The Last Unicorn.

"The children of Dame Angela Lansbury are sad to announce that their mother died peacefully in her sleep at home in Los Angeles at 1:30 AM today, Tuesday, October 11, 2022, just five days shy of her 97th birthday," the family said in a statement.

Lansbury was born in 1925 to Irish actor Moyna Macgill and Britich politician Edgar Lansbury. The family fled to the United States from the U.K. in 1940 during World War II, where the teen almost immediately began acting. The talented starlet was first signed to MGM in 1942, and her first role in 1944’s Gaslight earned her an Oscar nomination, with further Oscar nods for 1945’s The Picture of Dorian Gray and 1962’s The Manchurian Candidate.

The icon is survived by her son Anthony Shaw, a writer and director, her daughter Dierdre Shaw, a restauranteur, and her son-in-law David Shaw, as well as her many grandchildren and great-grandchildren.