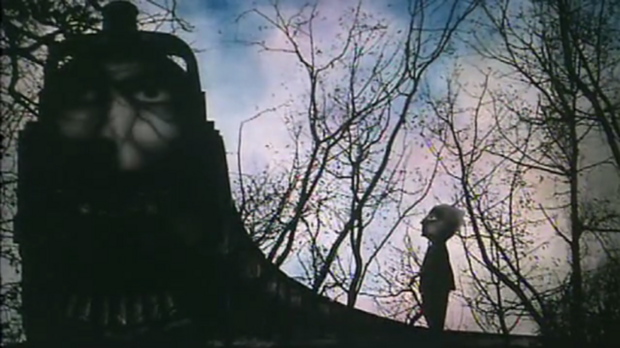 BAFTA-winning British animator and filmmaker David Anderson has died at the age of 63, according to a report by Skwigly.

Born in London in 1952, David Alexander Anderson studied at the Bath Academy of Art from 1970 to 1973, spending time in Scotland on puppet theatre projects and also working as a freelance photographer. In 1977 he enrolled at the National Film School, where he trained as a cameraman and director, completing the BAFTA-winning 14-minute Dreamland Express, an adaptation of H.R. Millar’s 1927 book of the same name, in 1982. That film was followed by Dreamless Sleep, which was produced in 1983 as part the Channel 4 series Sweet Disaster and went on to win the Hiroshima Peace Prize

Anderson next collaborated with writer Russell Hoban for the two-part Channel 4 series Dead Time Stories for Big Folk. The first film in the series, Deadsy, was also nominated for a BAFTA, in 1990, alongside Jan Švankmajer‘s The Death Of Stalinism In Bohemia and winner Andrew McEwan’s Toxic. The second film, Door, was the recipient of the McLaren Award at the Edinburgh International Film Festival, in 1991, as well as the Silver Dove at the International Leipzig Festival and the International Critics Award at Annecy, among other awards.

Alongside his short films, Anderson’s other animation work included commercial projects for Clorets, MasterCard, 3i, Smarties, Heineken, Royal Bank of Scotland and Marmite. He also contributed to the iconic music video for Peter Gabriel’s “Sledgehammer,” directed by Stephen R. Johnson, in 1986, and later became a visiting professor in film and animation at Harvard University.

Following his 1994 short film In the Time of Angels, Anderson completed the experimental pieces Sense of Gravity and Motion Control (2002), an electro-operatic work of predominantly live-action choreography for the BBC’s Dance For Camera series (2002). His final film, Tongue of the Hidden, an exploration of Persian culture for Animate Projects based on the book Ten Poems from Havez by Jila Peacock, was completed in 2008.