‘The Bridge’ program is a collaboration between Animation Skillnet, the Guinness Enterprise Centre, Dublin BIC and creative industry players such as Treehouse Republic, Windmill Lane and Piranha Bar. 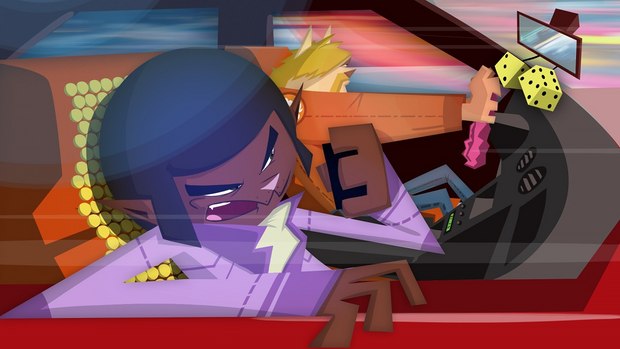 Dublin, Ireland – ‘The Bridge,’ an innovative programme designed to assist graduates to take the step from education to developing careers in animation, gaming and VFX, while producing industry-experienced graduates who can join existing companies or develop new start-up companies, celebrated the completion of its 2014 programme.

Since ‘The Bridge’ started last year, the programme has delivered 22 industry ready specialists with on-the-job experience and an understanding of the specific requirements of the animation, gaming and VFX industries.  Results from ‘The Bridge’ 2013 have been very positive with one company formed by participants and 75% of students remaining active in the industry – whether through direct employment or continuing education.

The initiative was first conceived by Dublin BIC board member and former CEO of Havok, David O’Meara, in response to a skills shortage in the animation industry - with 44% of companies citing recruitment and staffing as their main business concern.  Demand for talent is now outweighing the supply, with many companies having to hire specialists outside of Ireland to support their work.

‘The Bridge’ programme is a collaboration between Animation Skillnet, the Guinness Enterprise Centre, Dublin Business Innovation Centre (Dublin BIC) and creative industry players such as Treehouse Republic, Windmill Lane and Piranha Bar.  It is funded and supported by Animation Skillnet, Dublin BIC, Screen Training Ireland and the Irish Film Board.

A part of the programme, participants get to work in-house on live professional projects including short films, TV pilots, trailers for pitches and video games. They receive expert knowledge from industry leaders and focused mentoring from Dublin BIC.

Ireland has received global recognition for its animation industry, which continues to grow and create new jobs. In recent years, Irish companies have produced animation across numerous mediums, such as film, television, the web and video games, for companies like RTÉ, BBC, Disney, Cartoon Network and Nickelodeon. It's now a multimillion-euro industry, with hundreds of people employed in the sector and it is still growing.

The gaming and VFX industries in Ireland are also experiencing significant growth, in scale and reputation.   Employment in the Irish-based video games industry increased 91pc since 2009 to a current estimated total of 3,344 workers and has generated revenues of €2bn since 2001. The introduction of the new Section 481 tax credit in 2015 will help an already emerging VFX sector in Ireland to continue to grow at a significant rate.

Industry peer Gavin Kelly, Creative Director of Piranha Bar, agreed; “Putting artists together with studios in this novel way generates great opportunities for both and we hope to see the scheme continue to contribute to the industry in subsequent years”.