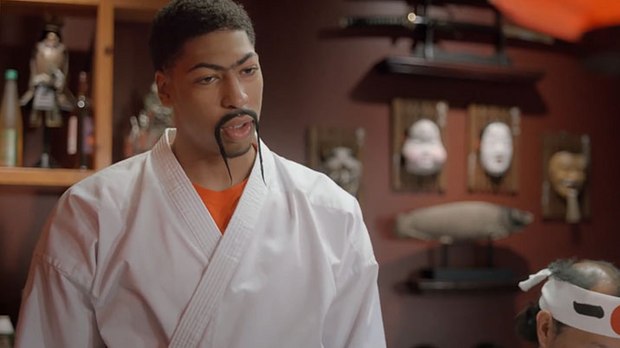 Since Davis' height made it impossible for him to crouch under the student's desk in "Class," Brickyard's VFX team was on set with director Gentlemen to shoot Davis in situation with a green screen slide, later reversing the footage so that he appears to be popping up from beneath the desk in the final spot. The Brickyard team, led by Mandy Sorenson, did extensive compositing across both spots as well as head replacements in select shots using performances from alternate takes. Additionally, Brickyard designed and animated the mobile screens in all devices.

"We are huge sports fans at Brickyard and we always love having the opportunity to work with a pro athlete in the VFX arena which made this all the more exciting," said Jeff Blodgett, Executive Producer, Brickyard VFX. "Mandy and the team did a stellar job with this opportunity from Boost, making sure all the elements were shot to ensure that the spots came together seamlessly."