Directed by Adolescent Content’s 15-year-old director Claire Jantzen, animated short will be shown in theaters and air on the Disney Channel. 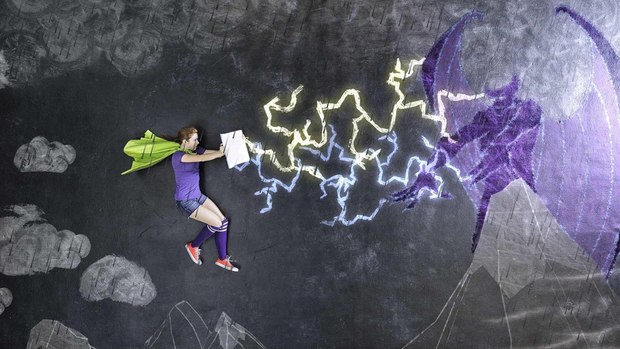 In order to make Jantzen's short film concept "Soar" a reality, Brickyard's team designed an animation style that would incorporate both live action talent shot in a stop motion style, along with chalkboard animation.

Initially, Brickyard created a pre-visualization of the entire :90 film to choreograph the body positions of the actors interacting with the illustrated elements in each scene. The Brickyard team, along with Jantzen, photographed a series of single frame stills of the talent, repositioning their poses frame-by-frame, using the previz as an alignment guide. Following the two-day shoot, Brickyard's Animation Director David Blumenfeld and Designer Anton Thallner began creating the chalk-animated world in colorful detail complete with iconic Disney films characters. Brickyard artists hand drew and photographed chalk illustrations on a real blackboard and digitally integrated them into the stop motion sequence to give the film a textural quality of practical photography. All of the backgrounds, from forests and underwater seascapes to a stormy sky and a pirate ship, were later animated digitally, with the stop motion talent composited in the foreground.

"It was a pleasure to work with social media influencer Claire Jantzen, who has been called an 'Instagram sensation' and has a talent for photography and storytelling as fresh as her 15 years," said Brickyard's Managing Partner Steve Michaels. "If you ever wondered what creative youth could do with the resources of professional filmmakers, this is your answer."