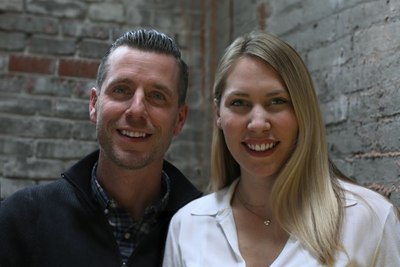 Boston, MA -- Brickyard VFX has named Andrew Bell as Managing Director of its Boston studio and promoted Amy Appleton to Executive Producer. Bell comes to Brickyard from MPC, where he spent more than 15 years growing the studio, most recently as a Managing Director of MPC Los Angeles. Appleton has been at Brickyard for 10 years, producing hundreds of high profile projects for clients that include Frito-Lay, Progressive Insurance, Cadillac, Columbia Sportswear and Royal Caribbean.

“Bringing Andrew on board marks an exciting new chapter for Brickyard, one that will help us expand upon the best version of ourselves. We’re eager to build on the legacy we’ve established and tackle more ambitious projects in our LA and Boston studios,” said Dave Waller, founder, Brickyard VFX. “Promoting Amy as our EP will ensure that we will continue to take the very best care of our treasured customers.”

“Brickyard reminds me of everything special about the creative industry we work in. It’s a fantastic tight-knit crew with a culture that fosters incredible creativity and a family friendly atmosphere, something the larger more corporate studios have lost sight of. The focus here is on delivering the best creative and partnering with all types of clients. I look forward to making the move to Boston and extending Brickyard’s reach into new markets,” said Bell.

“Brickyard is my (crazy talented) family, and we are lucky to have amazing clients. I’m so excited for this next step, and to continue to make excellent work,” said Appleton.

Bell began his career in 1999 as a PA with MPC in London. He worked his way up through the company, handling production responsibilities for several years before crossing the pond in 2008 to help open the studio’s first expansion facility in Los Angeles as Head of Production. Bell became the Managing Director in 2011, a role he held until Fall 2016, when he began consulting for Apple.

In addition to the management moves, Brickyard Atlantic has recently upgraded its technology infrastructure and is installing a grand roof deck with views of the downtown Boston skyline.