Series about a really bad small-town police department is the most-recent addition to the streaming service’s slate of animated comedies for adults. 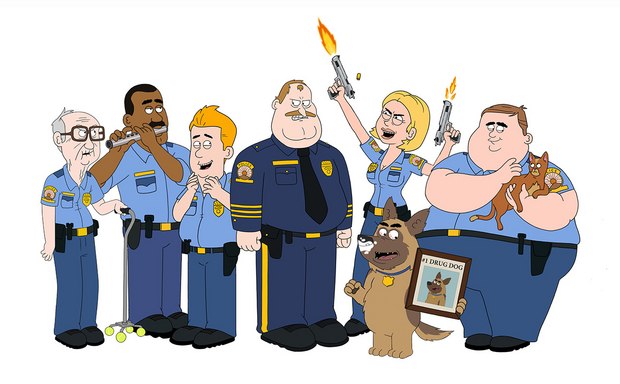 Netflix has given a green light to Paradise, P.D., an adult animated comedy series created by the Brickleberry duo of Waco O’Guin and Roger Black.

Here’s how Netflix described the series: “They’re bad cops. Not bad like no nonsense. Not bad like cool. Bad like (not good). Paradise PD: They’re the worst responders. From the creators of Brickleberry comes this take on a small-town police department.”

The series of 10 half hour episodes will premiere later this year and is produced by Odenkirk Provissiero Entertainment and Bento Box Animation for Netflix.