Spanish TV production company BRB Internacional and global entertainment company Outfit7 ink a deal to produce the all-new TV series, Talking Tom and Friends, based on the entertainment phenomenon of the same name. 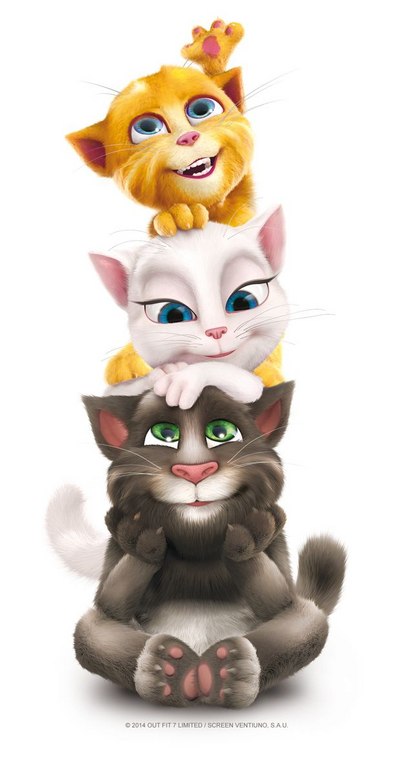 Madrid -- Spanish TV production company BRB Internacional and global entertainment company Outfit7 have inked a deal to produce the all-new TV series, Talking Tom and Friends. The 52 x 11’ format will be based on the entertainment phenomenon of the same name that achieved record-breaking acclaim when it became the fastest growing entertainment app series of all time.

A trailer for the Talking Tom and Friends series will make its debut at MIPTV, taking place in Cannes from April 7-10 2014.

Produced in 3D for a target audience of 8 to 12 years-olds, the Talking Tom and Friends TV series will see Talking Tom and his posse of lovable friends transition from the digital world onto the small screen for the first time. The characters, who have captured the hearts of children and adults the world over, will maintain their distinctive sense of humor and original design that has afforded them tremendous success on digital platforms. Co-produced by BRB’s creative studio, Screen 21, and Outfit7, the series will have a first-rate creative team and will be distributed around the world by BRB Internacional.

“We’ve spent many years developing our brands, their characters and personalities, so that they resonate with people of all cultures, ages and demographics,” said Samo Login, Founder and CEO of Outfit7. “It is important that we partner with a company that shares our vision and love for our characters. BRB have both the experience and talent to deliver first class content that will further engage with our fans across the world.”

Carlos Biern, CEO of BRB Internacional, commented: “I don’t know anyone who doesn’t have these characters on their tablet or mobile phone. We have the good fortune of being able to draw the millions of fans of this brand even further into their universe. The incredible number of hits generated from their first shorts on YouTube, in addition to the 200 million people engaging with them every month, prove there is an audience waiting to consume Talking Tom and Friends content on TV. We’re confident that, together with Outfit7, we will drive the brand to new heights.”

Since their birth onto the second screen in 2010, Talking Tom and Friends have become a global entertainment phenomenon, with the characters featured on ABC's Modern Family, NBC's Today Show and the 2013 White House Easter Roll to name but a few. The characters have now generated 1.5 billion downloads in over 230 territories worldwide, attracting 500,000 subscribers to their YouTube channels and 10 million fans on Facebook.