BRB Internacional heads to NATPE with the premiere of Invizimals, a series based on the successful PlayStation videogame saga. 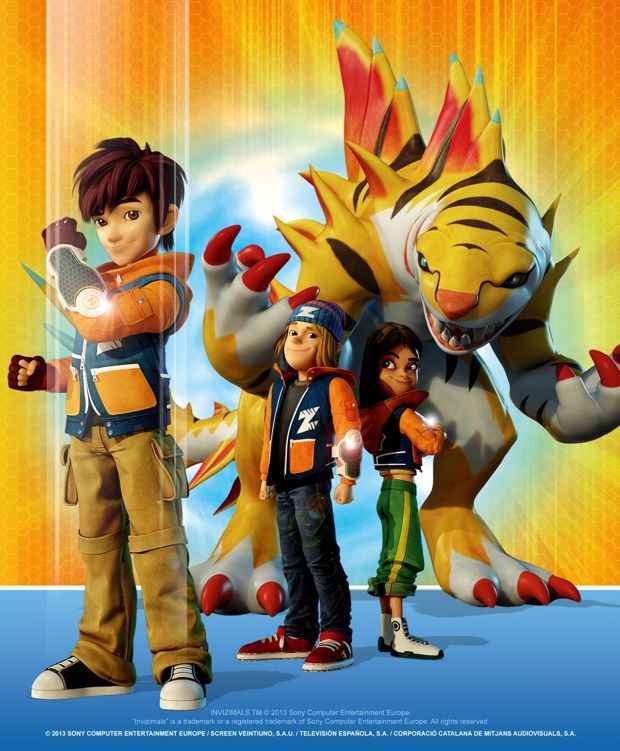 BRB Internacional will attend the upcoming edition of NATPE, to be held in Miami from the 2th to the 29th of January, with an ample catalogue highlighted by the presence of the recently launched animated series Invizimals on a global level. The series, based on the successful PlayStation videogame saga and a pioneer in the use of Augmented Reality for increasing its content on second screens, has just premiered its two TV-movies on leading channels – TVE and TVC in Spain, SIC in Portugal, K2 in Italy and ELEVEN in Australia, among others– and it will be broadcast in several other countries throughout this year. BRB will be showing its entire catalogue, in which there is an outstanding number of offers for new platforms – online, tablets, Smart TVs and Smart Phones.

BRB will be at NATPE under the umbrella organized by FAPAE – the Confederation of Spanish Audiovisual Producers – in collaboration with ICEX Spain Trade and Investment. There, BRB will present the excellent results of the international premiere of Invizimals: The Alliance and Invizimals: A Tale of Two Dimensions, the two specials of the series Invizimals that from the month of December have been premiered in various European countries and in Oceania and which, together with the series, will arrive to the rest of the world in 2014.

The production has meant a jump to the small screen for the Invizimals, the mysterious creatures that are invisible to the human eye and who live in a dimension that is parallel to ours. In the story, which is full of action and comedy, Hiro, Lima and Sam, three teenagers of different nationalities, join the young scientist Keni Nakamura and the Alliance of Invizimal Hunters to fight against the XTractor, an army of robots that is invading the Invizimal dimension. For their part,  the  audience  can  also  become  authentic  Invizimal  hunters  via  the  PlayStationVita portable  system  or  by  using  iOs Android  mobile  devices  with  the  free  Invizimals:  TV Capturer app.

Likewise, BRB Internacional will show at NATPE its entire catalogue, in which other outstanding titles with a market trans-media profile are featured, such as Mica, based on a publishing project from the Santillana publishing company that has a prominent presence in Latin America, or Filly Funtasia, based on the famous property Filly, by Dracco. And, especially, a varied offer oriented to the new digital media–Video On Demand, apps, channel management on YouTube, etc. In fact, BRB is one of the leading aggregator partners for YouTube cartoon content on a global level.