BRB Internacional heads to MIPCOM with Invizimals ahead of the shows premiere. 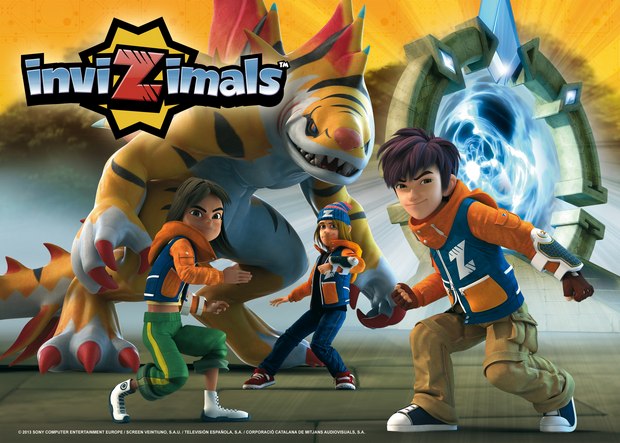 Madrid, Spain -- BRB Internacional will take the latest developments surrounding the series Invizimals to the upcoming edition of MIPCOM (Cannes, 13-16 October), just ahead of the series’ premiere at the end of this year on a worldwide level. The production, based on a successful PlayStation videogame, will present a first-rate soundtrack – interpreted by Latin teen pop star Abraham Mateo for the Spanish-language version – as well as announce new agreements – among them the series’ upcoming broadcast in Arabic on the children’s channels of Al Jazeera. In fact, Abraham Mateo has just launched a video-clip, Cazado (“Hunted”), of a song full  of  magic,  imagination  and  rhythm that  the  young  artist  wrote  and  has  sung especially for the cartoon series Invizimals.  Besides this song, which will close the 26 episodes of the series, the artist will also sing the soundtrack on the Spanish- language version of the TV Series that Clan (TVE) will release at the end of the year.

In other news, the series Invizimals will announce its new international expansion plans,  starting  with  its  upcoming  broadcast  in  Arabic  on  Al  Jazeera’s  children channels, in Russian by way of Multimania and in Hungarian, Romanian and Czech through Megamax  – one of the key channels of AMC Networks Central Europe. Up to now, the broadcasts of the series’ two TV movies have reached more than 8 million viewers around the world: Spain (aired on on TVE’s Clan and TVC’s Super3), France (Gulli), Italy (K2), Portugal (SIC), Greece (Star) and Australia (Eleven). The television series Invizimals, co-produced by Sony Computer Entertainment Europe, Screen 21, Corporació Catalana de Mitjans Audiovisuals and TVE, brings to life the adventures of the young scientist Keni Nakamura and the Alliance of Hunters on their mission to resolve the mysteries of the world of the Invizimals – a parallel dimension to ours in which powerful creatures invisible to the human eye live and are now threatened by an army of robots. And it’s a pioneer in the use of Augmented Reality  techniques  that  allow  viewers  to  download  additional  content  on  second screens through iOs and Android devices thanks to a free app – Invizimals: TV Capture – or via the PlayStationVita portable system.