More than 50 titles, including Crunchyroll Originals such as ‘The God of High School’ and ‘Tower of God,’ will air in primetime on free linear television network. 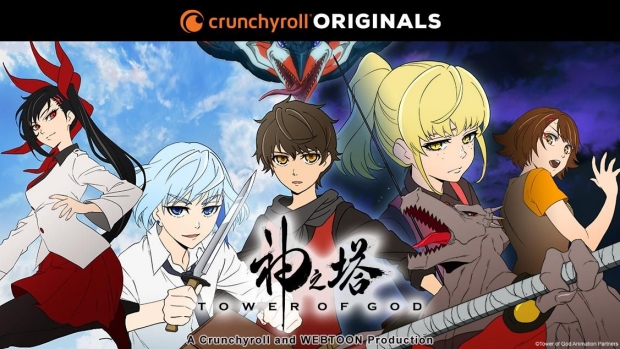 Brazilian TV network Loading has signed a partnership with Crunchyroll - the world’s leading anime brand - to air over 50 titles in primetime on its linear channel, including Crunchyroll Originals such as The God of High School and Tower of God.

Reinforcing Loading’s loyalty to anime fans, CEO Thiago Garcia said in a JBox interview, “We’re handling anime with the utmost care in our programming. We won’t have only a single block, but multiple blocks focusing on different audiences. And of course, we’ve selected the best shows for our prime time (6PM-1AM). And we’ll also feature a number of shows at different times with a crew that knows a lot about anime.”

“We’re excited to bring Brazil’s anime community even more of their favorite series through our partnership with Loading,” said Brady McCollum, Head of Global Operations and International. “With more than 3 million subscribers and 70 million registered users, Crunchyroll is committed to the global growth of anime and our new partnership with Loading will provide another way for fans to engage with the series they love.”

Among the 50-plus titles that will be available on the programming, Loading will launch with Berserk, GOBLIN SLAYER and a number of other acclaimed shows. Going beyond the shonen staples, the programming will also feature a late-night exclusive block for mature viewers, with explicit violence. And finally, Loading will also dub a number of titles in partnership with Crunchyroll, including fan-favorites such as 91 Days and given. “We’re always looking for the best anime available in the market, and Crunchyroll has hit it out of the park with their Original brand, so naturally we reached out to the brand and closed this partnership that will soon bear a lot of fruits!” says Anderson Abraços, Chief Experience Officer on Loading.

With this partnership, Loading establishes itself as the linear television home of anime and Crunchyroll in Brazil. Much more than just an invasion of Asian culture, Loading is a revolution in the way of providing accessible entertainment to young audiences.

Premiering in December, Loading aims to be the home of the main staples of young entertainment, with a 24/7 multiplatform programming and live streaming, airing on social media, cable TV and free TV - with the fifth largest coverage of the country, on channel 32. Loading’s original content will also be available on a free online VOD platform.