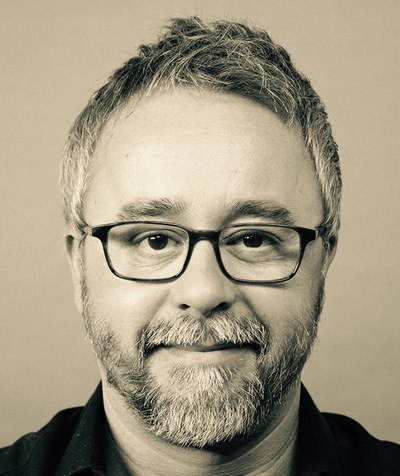 Lobo, the São Paulo-based design and animation studio, has announced the official opening of its first US office. The announcement was made by partners Nando Cohen, Gabriel Nobrega and Mateus de Paula Santos.  Industry veteran Luis Ribeiro has been named Partner and Executive Producer of the New York office, where he will spearhead all of Lobo’s US operations.

Ribeiro, a native of Brazil, has impressive list of creative credits on his resume while working in the US over the last 25 years. Ribeiro was Executive Producer at Framestore NY, where he oversaw business development for the studio's four main integrated advertising divisions. Prior to that, he worked as the US Consultant for FilmBrazil, was New Business Developer at Whitehouse Post, and VP of the Latin Division for Deluxe Entertainment He has held MD and VP of Business Development positions at leading companies like Speedshape, Method Studios, Beast, and CO3.

Ribeiro comes to the company familiar with their work due to his close business and cultural ties to Brazil. He commented, “Lobo is powerhouse animation studio, but it’s the passion for the craft and devotion to detail that has always made me one of their biggest fans. To be a partner and to lead the charge on further establishing Lobo’s presence in the US is an honor. Being surrounded by such talented individuals in an awesome, non-corporate environment and culture is truly a dream come true."

Founded in 1994 by Nando Cohen and Mateus de Paula Santos, Lobo’s expertise covers a broad range of media and techniques including 2D animation, stop motion, 3D, VFX and live action. After quickly growing to major player status among top ad agencies, TV networks and film studios in Brazil, Lobo expanded its structure to cater to markets all across Latin America, Europe and the US.

Lobo has steadily bolstered its ties to the US market via its satellite office launched in Brooklyn last year under the creative direction of Guilherme Marcondes, a member of the original Lobo roster. The addition of Ribeiro elevates the status of the US office, making it an official outpost in addition to São Paulo. Together Marcondes and Ribeiro will work closely with Global Head of Production Loic Dubois. They have assembled a strong network of producers to facilitate any project that comes through Lobo’s doors.

Ribeiro will work alongside Marcondes, who recently earned accolades for the whimsical “The World of Autism” PSA he and Lobo created in partnership with BBDO NY for Autism Speaks. The piece educates parents how to identify the early signs of autism in their own children. The film was awarded the Gold Cannes Lion for Design, Motion and Animation, along with two Bronze statues for Art Direction and Animation. This year Lobo returned from Cannes with 12 Cannes Lions in total.

Co-founder and leading director Mateus de Paula Santos recently held a seat on the Cannes jury for Film Craft, in addition to serving on the jury at other respected advertising festivals including Ciclope and D&AD.

Lobo is represented by Lisa Houck of Salon Reps for the West Coast and Isabel Echeverry of Kontakto Reps for the Hispanic Market.