Warner Media Kids & Family greenlights preschool animated series based on the famous cat and mouse rivals; reimagined for young viewers, the show will introduce kids to the comical antics of the iconic duo, while teaching key social and emotional skills. 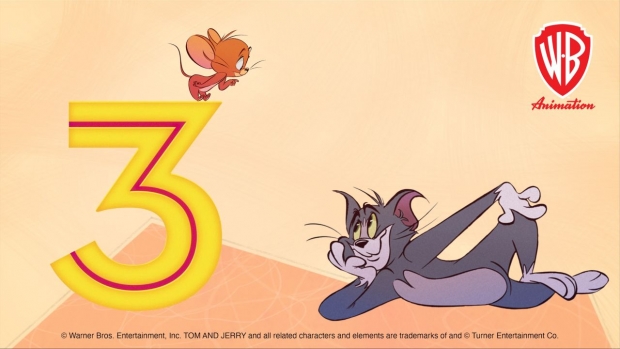 “Based on the beloved classic that so many parents grew up with, Tom and Jerry Time introduces a whole new generation to these iconic characters with a fresh and original take,” shared Amy Friedman, Head of Kids and Family Programming, Warner Bros. “For our youngest audience, Sam Register and his team at Warner Bros. Animation managed to keep all the playful hijinks, drop all the cartoon violence, and add the most delightful early childhood learning through song and story. It’s playful – with a purpose – and we think parents and their little ones will love watching and learning together.”

The show is presented as a series of animated musical shorts featuring the world created by one of the biggest rivalries in all animation set within a fun and cheerful cartoon classroom. Both characters, known for their over-the-top personalities, are natural-born teachers, with Tom showcasing confidence and resilience while Jerry highlights ingenuity and courage. Preschoolers will be introduced to their comical mischiefs – chasing, pranking, and outsmarting each other – while also learning key social and emotional skillsets, lessons in independence, early math and literacy skills, and other key preschool educational concepts.

Sam Register (Looney Tunes Cartoons) is executive producer. Will Finn (Tom and Jerry in New York) serves as showrunner and co-executive producer with Denise Downer (Stillwater) on board as story editor.