‘Brainwashing of My Dad’ Doc Now on Blu-ray 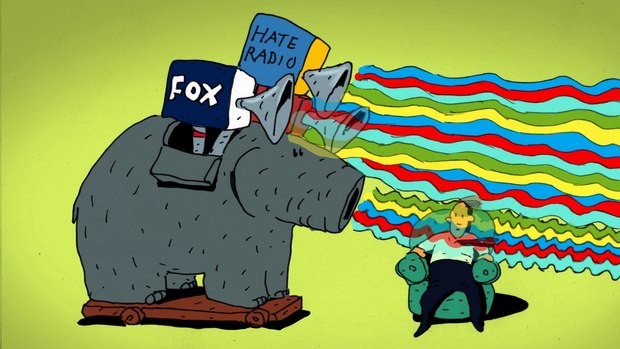 LOS ANGELES -- Jen Senko’s award-winning and critically acclaimed documentary film, The Brainwashing of My Dad, which puts a spotlight on the right-wing media phenomenon in the U.S., is now available on DVD and Blu-ray at major retailers via Gravitas Ventures.

The Brainwashing of My Dad is from JSenko Productions and Cinco Dedos Peliculas. The documentary film is written, produced, and directed by Jen Senko, narrated by Senko and Matthew Modine (Full Metal Jacket, Netflix’s Stranger Things), produced by Adam Rackoff and Modine, and features animation by Academy Award nominee Bill Plympton. The film is executive produced by Ryan Smith and Jodie Evans. The Blu-ray and DVD release comes on the heels of a successful multi-city limited theatrical run over the past five months. The film has also been a hit on VOD and one of the top 10 documentary films on iTunes reaching as high as #4 in July. The Blu-ray and DVD edition will feature never-before-seen bonus footage and extras including exclusive expert interviews, clips, and media coverage.

Donald Trump is now the Republican nominee. He makes ignorant and inflammatory statements, yet has millions of followers. How did we get here? The Brainwashing of My Dad is a timely new documentary that examines the rise and powerful influence of right-wing media through the lens of director Jen Senko’s father, who changed from an open minded, nonpolitical Democrat to an angry, right-wing fanatic after his discovery of Talk Radio on a lengthened commute to work.

In trying to understand how this happened, Senko finds this to be a phenomenon affecting families all over the country. Through interviews with Noam Chomsky, David Brock, Jeff Cohen, George Lakoff, Claire Connor, Dr. Kathleen Taylor, Frank Luntz, and others, she uncovers some of the forces behind it: a plan by Roger Ailes (under Nixon) to create a TV media for the GOP, the Lewis Powell Memo, and the dismantling of the Fairness Doctrine (under Reagan) -- all of which helped to drive the country to the Right, misinform millions, divide families, and even the nation itself.