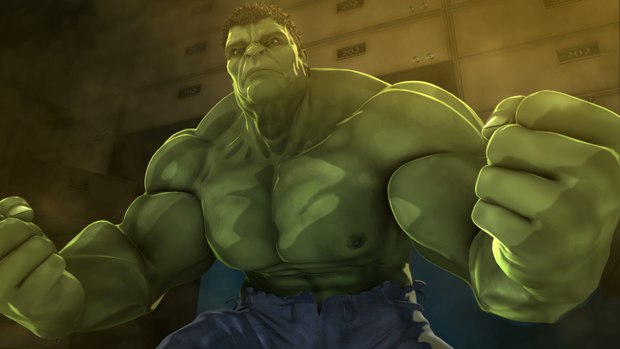 Los Angeles-based Brain Zoo Studios partnered with Marvel Television on the animation studio’s first animated feature, Marvel’s Iron Man & Hulk: Heroes United. This story brings together not only two popular Marvel Super Heroes but a collaboration between Brain Zoo and Marvel. In order to maintain the true comic origins of these Heroes, Brain Zoo Studios and Marvel Television developed a technique that allowed for more robust animation and visual effects that enhance the film’s action-packed sequences without diverging from the “2.5D” style.

Specialists in storytelling and character animation for over 18 years, Brain Zoo Studios has been a proponent of the use of CG and the possibilities it opens up to effectively communicate key elements of a story. In Marvel’s Iron Man & Hulk: Heroes United, Brain Zoo provided input on shots to create the best visual story possible. With thousands of hours of animated entertainment under their belt, done in a variety of formats, Brain Zoo Studios has developed a robust pipeline, learning what is important to each format, adapting and honing optimization skills, all of which is built into their entire animation process.

“Working with Marvel has been so fun and exciting for us. We’re proud that they chose us as a partner to work on this animated feature,” said Mo Davoudian, Founder and President of Brain Zoo Studios. “For any animation studio, it’s a dream to get to work with great characters and strong franchises such as Iron Man, the Hulk and the Avengers! With that comes the responsibility to deliver quality work that lives up to such a legacy. In the end, our mission is in line with Marvel’s -- to make fun, entertaining stories.”

In Marvel’s Iron Man & Hulk: Heroes United, the invincible Iron Man and the Incredible Hulk join forces to save the Earth from its greatest threat yet! When two Hydra scientists try to supercharge a Stark Arc Reactor with Hulk's Gamma Energy, they unleash a being of pure electricity called Zzzax -- and he's hungry for destruction. Together, Iron Man and Hulk are the only force that stands in the way of Zzzax's planetary blackout. But first the super heroic duo will have to get through snarling Wendigos, deadly robots and the scaly powerhouse, Abomination. Can two of Marvel's mightiest heroes find a way to work together without smashing each other before time runs out?