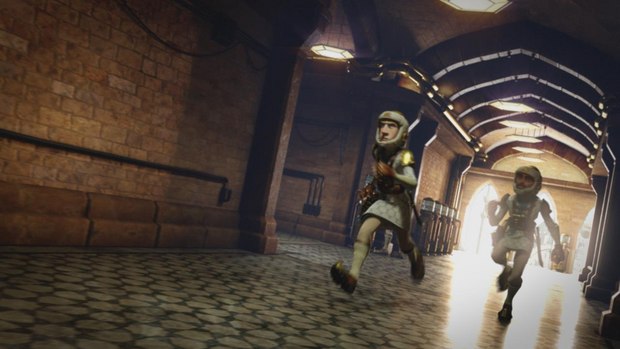 Celebrating its 20th year anniversary, Los Angeles-based CG animation studio Brain Zoo Studios once again takes the audience on an epic journey through its next original CGI animated film. A unique blend of comedy, sci-fi and action adventure, Nora is set in a retro future where the life force of a civilization has been taken and without it all is lost.

Nora teams industry veterans Mo Davoudian and Farzad Varahramyan to bring to life this unique vision of a world on the edge of collapse and into war. Created by film, virtual reality and gaming veterans, Nora was written with multiple industries in mind and translates very effectively as a feature, virtual reality experience, video game and episodic.

“Nora is the reason Brain Zoo Studios exists today,” Davoudian said in a statement. “Working with a small group of very diligent and talented artists, we successfully brought Nora to fruition.  We used a variety of technologies to push the creative envelope from traditional rendering to virtual reality and real-time engines. But at its core, the story is about the relationships, personalities and sacrifices that we can all relate to. I’m extremely proud to share Nora with the world!”

“This film has been on a 22-year journey for Mo and me, since we dreamed up its earliest incarnation back in college,” Varahramyan added. “At the heart of the story is an odd couple, their crazy sense of what’s funny, and the unconditional loyalty and friendship that somehow gets them through the craziest adventures.”