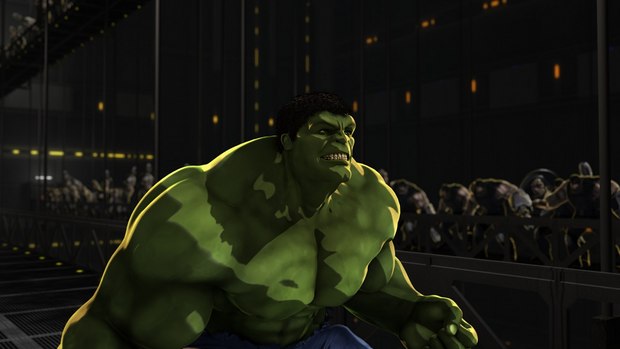 In Marvel’s Iron Man & Captain America: Heroes United, the titular Marvel Super Heroes battle to keep the villainous Red Skull and Taskmaster from unleashing an army of Hydra Brutes on the world! But, before they can do that, these two Avengers square off in hand-to-hand combat with all their best weapons and must push each other to the next level in order to save the world. All the fun rapport and dynamic from the first Heroes United film is matched here between Captain America and Iron Man. “I am so proud of our team for delivering three to four times more than the first film, while maintaining the same level across the board with all the characters in such a short time frame,” said Mo Davoudian, Founder and President of Brain Zoo Studios. “The amazing, creative, collaborative partnership we have with the Marvel team is a huge part of this success and not only allows us to exceed expectations while doing what we love but to do so right here in Los Angeles.”