Marvel movie is a hit as it opens in 36 markets ahead of its North American release on Friday. 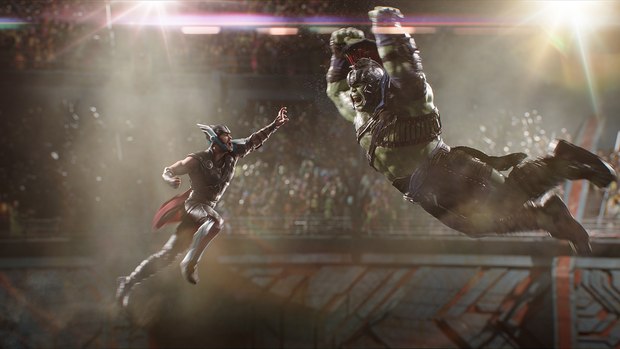 It was a quiet weekend at the box office in the United States, but the overseas releases of Marvel Studios’ Thor: Ragnarok and Pixar’s Coco made plenty of noise.

Thor: Ragnarok, the third film starring Marvel’s take on Norse mythology, was released in 36 markets over the weekend and grossed an estimated $107.6 million. The movie did strong business in the United Kingdom, South Korea, Australia, Brazil, France, Indonesia, Taiwan, Italy, the Philippines, Malaysia, Spain, Hong Kong, Singapore and Argentina. The movie opens Friday in the North America with a wide release in an estimated 3,800 theaters.

Meanwhile, moviegoers in Mexico flocked on the weekend ahead of the Día de los Muertos holiday to see Pixar’s new feature, Coco. The movie earned an estimated $8.4 million. It will open in Russia Nov. 22 and in the United States and Canada on Nov. 23, followed by foreign market roll-outs that will run through March.

U.S. box office was led by the horror movie Jigsaw, with a $16 million opening-weekend gross. Blade Runner 2049 earned just under $4 million in its fourth weekend of release, bringing its domestic total to $81 million; its overseas take has reached $142 million for a $223 million worldwide total.