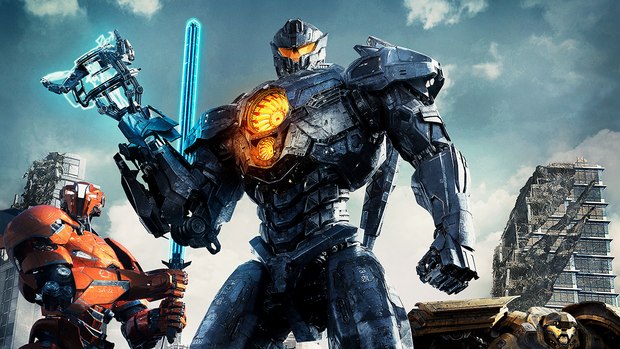 A sequel to the 2013 action feature from Guillermo del Toro, Pacific Rim: Uprising took in slightly more than $28 million at the domestic box office. The film’s earned $122 million at foreign theaters, giving it a $150 million worldwide tally.

Marvel Studios’ Black Panther held on to second place with $16.7 million, bringing its domestic tally to $631 million. With its foreign total of $608 million, it’s earned $1.2 billion worldwide. Its domestic tally moved it past Avengers to make it the top-grossing superhero movie, and one of the top five grossing domestic releases of all time.

Sherlock Gnomes opened with $10.6 million in ticket sales, down from the $25 million 2011 debut of its predecessor, Gnomeo and Juliet. With an international total of $4.6 million, the feature has a $15.2 million worldwide tally to date.

Sony’s Peter Rabbit earned $2.5 million in its seventh weekend of release, giving it a $107 million domestic tally with Easter likely to boost its fortunes next weekend. With $75 million in overseas ticket sales, the movie has grossed $182 million.

Wes Anderson’s Isle of Dogs opened in limited release, screening at 27 cinemas and doing strong business with $1.6 million in ticket sales. That works out to a booming average of more than $58,000 per theater. The film will expand this week and reach full nationwide release April 6.