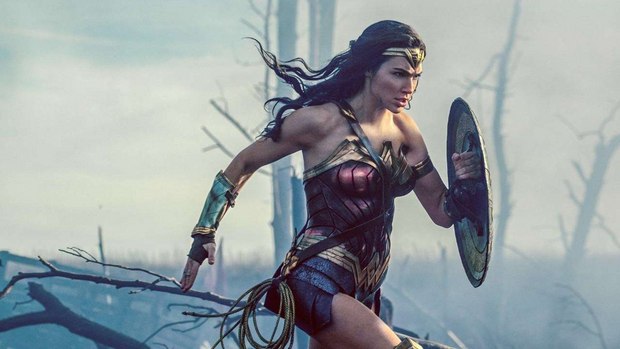 Director Patty Jenkins’ Wonder Woman took the World by storm this past weekend, taking in $103 million from 4,165 theaters in its domestic box-office debut, the biggest opening ever for a female director.

Overseas, Wonder Woman also won the weekend with $122.5 million from 55 markets for a global bow of $225.6 million, including a number-one $38 million debut in China, where it snagged the fourth-best opening of all time for a Warner Bros. title. The third-biggest launch for a DC Comics film, IMAX theaters accounted for $18.3 million in worldwide ticket sales, including $9 million domestically.

Made under a budget of $150 million, the movie stars Gal Gadot as Diana Prince/Wonder Woman. Wonder Woman is the 15th superhero film to cross $100 million in its domestic box-office launch, a list topped by Marvel’s The Avengers ($207 million), Avengers: Age of Ultron ($191.3 million), Captain America: Civil War ($179.1 million), Iron Man 3 ($174 million) and Batman v. Superman: Dawn of Justice ($166 million). Wonder Woman beat out the openings of the first two Thor and Captain America movies, as well as the first Iron Man.

The weekend’s other new release, DreamWorks Animation’s Captain Underpants: The First Epic Movie, came in second place, earning $23.5 million from 3,434 theaters at the domestic box office for its debut.

Directed by David Soren and produced for a very modest $38 million (by comparison, the budget for this year’s The Boss Baby was $125), Captain Underpants is the final DreamWorks Animation feature to be distributed by 290th Century Fox following DWA’s sale to Comcast-owned NBCUniversal.

Among holdovers, Disney’s Pirates of the Caribbean: Dead Men Tell No Tales came in third place for its sophomore weekend with $21.6 million for a new domestic total of $114.6 million. Overseas, fifth installment in the theme park attraction-themed film franchise has made $392.9 million for a total of $507.5 million globally.

Marvel’s Guardians of the Galaxy Vol. 2 followed in fourth place, bringing in $9.7 million in its fifth weekend in theaters for a new domestic total of $355.5 million. The James Gunn directed sequel has now made a total of $461.9 million internationally for a new worldwide total of $817.4 million.

Now in its third week, 20th Century Fox’s Alien: Covenant came in sixth place at the domestic box office, bringing in $4 million for a new North American total of $67.2 million. Directed by Ridley Scott with a budget of $97 million, Alien: Covenant has made a total of $106.6 million overseas for a total of $173.8 million globally.