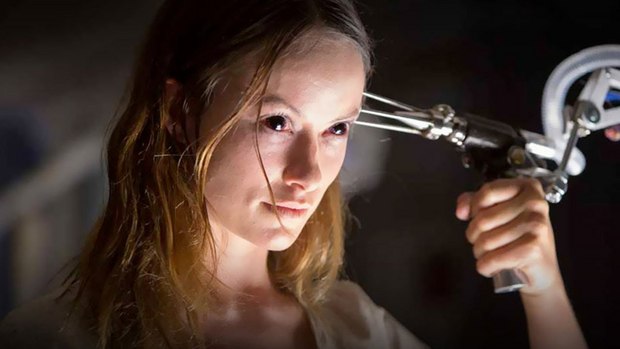 Will Smith's R-rated romantic heist movie Focus, co-starring Margot Robbie, won the North American box office race this past weekend with a $19.1 million debut. Despite missing expectations, the Warner Bros. movie -- made for a reported $50 million after rebates -- was able to topple Universal’s Fifty Shades of Grey, which had come in first place for two consecutive weekends. Twentieth Century’s Fox’s Kingsman: The Secret Service, which had opened over Presidents Day weekend along with Fifty Shades, also pulled ahead of the E.L. James film adaptation for the first time.

Overseas, Focus opened to $12.2 million from 31 territories for a global bow of $31.3 million. Directed by Glenn Ficarra and John Requa, Focus placed number one in Russia with $3.1 million, followed by $3 million in the U.K.

Fox's Kingsman: The Secret Service continued to claim the number two spot in its third weekend, taking in $11.8 million for a domestic total of $85.7 million. Globally, Matthew Vaughn's edgy British spy film, starring Colin Firth, jumped the $200 million mark after earning another $25.8 million overseas for a foreign total of $124.6 million and worldwide tally of $210.3 million.

The SpongeBob Movie: Sponge Out of Water came in third place, earning $11.2 million in its fourth weekend for a domestic total of $140.3 million. Paramount's 2D/3CG/live-action sequel grossed another $14.2 million overseas for a foreign total of $96.3 million and global total of $236.6 million.

Universal's global phenomenon Fifty Shades of Grey came in fourth place at the domestic box office with $10.9 million for a domestic total of $147.7 million. Overseas, Fifty Shades remains a powerhouse, winning the foreign race with another $36 million from 59 markets for a whopping international total of $338.4 million and worldwide haul of $486.2 million.

Relativity Studios’ The Lazarus Effect, the latest microbudget horror film from Blumhouse, which produced the movie with Mosaic, was the weekend's other new nationwide offering. With Relativity paying a modest $3.3 million to acquire the title, the movie grossed $10.6 million to come in at number five. David Gelb directed Lazarus Effect, which stars Mark Duplass, Olivia Wilde, Evan Peters and Donald Glover, and follows a group of researchers who try to achieve the unimaginable and bring the dead back to life.

Warner Bros. holdover American Sniper, directed by Clint Eastwood, made $7.7 million for a seventh place finish and a domestic total of $331.1.

The DUFF, the first project from Lionsgate's new distribution and marketing partnership with CBS Films, came in eighth place at the domestic box office with $7.2 million. Starring Mae Whitman (Parenthood, Arrested Development), the teen comedy has so far made a total of $20.1 million domestically.

Specialty offering Still Alice, which held back from opening until closer to the Academy Awards, saw a nice Oscar boost from Julianne Moore's win for best actress. Moving up into the top 10, the Sony Pictures Classics release came in at number nice in North America with $2.7 million from 1,318 theaters for a domestic total of $12 million.

Rounding out the list at number 10, Paramount sequel Hot Tub Time Machine 2 made $2.4 million at the North American box office for a total of $10.3 million.

Elsewhere, the China box office topped the U.S. box office for the first time ever over the Lunar New Year holiday, taking in a total of $650 million, according to data from research firm Entgroup. The North American box office for February came in at $710 million, but once Canada was stripped out, the figure was $640 million, reportedly making China the biggest box-office market in the world for the month.

The biggest Hollywood movie in China was The Hobbit: The Battle of the Five Armies, which brought in $36 million. The Hunger Games: Mockingjay -- Part 1, the latest installment in Lionsgate's YA film franchise, amassed $35.5 million in China in February. Before February, the biggest box-office month ever in China was July 2014 with $580 million, thanks to the release of Transformers: Age of Extinction.