Paramount's ‘Transformers: Age of Extinction’ debuts to $100 million in North America and $201.3 million overseas, including a stunning $90 million opening in China. 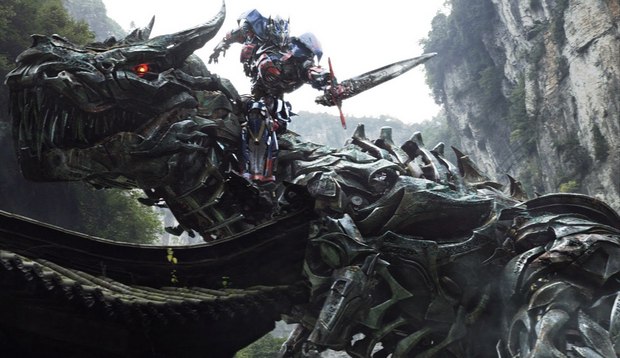 Paramount's Transformers: Age of Extinction debuted to $100 million in North America, the biggest opening of the year so far ahead of Captain America: The Winter Soldier ($95 million).

Overseas, Transformers 4 did even better, taking in $201.3 million for a worldwide debut of $301.3 million. That includes a stunning $90 million in China, the biggest foreign opening ever. The movie went to great lengths to prosper in China, including shooting at some of the country's most iconic sights, such as the Great Wall.

With openings throughout Europe and Latin America on the way, the $210 million tentpole, directed by Michael Bay and starring Mark Wahlberg, seems poised to make a run at $1 billion.

Based on the Hasbro toy line, Age of Extinction topped the $97.9 million earned by the last film in the series, Dark of the Moon, in its first weekend in 2011 (the movie, opening on Tuesday took in a total $162.6 million in its first six days). Sequel Transformers: Revenge of the Fallen grossed $108 million in its first weekend, a franchise best, although Dark of the Moon went on to become the top-grossing title in the series ($1.12 billion).

Among holdovers, Disney's Maleficent and Sony's The Amazing Spider-Man 2 both crossed the $200 million mark. Disney also celebrated the fact that Captain America: The Winter Soldier passed up The Lego Movie over the weekend to become the top grossing film of the year domestically with $257.2 million.

Sony's 22 Jump Street continued to do big business, coming in number two in its third weekend out with $15.4 million for a domestic total of $139.8 million, eclipsing the entire run of 21 Jump Street ($138.4 million).

DreamWorks Animation’s How to Train Your Dragon 2 came in third place, earning $13.1 million over its third weekend at the box office for a domestic total of $121.8 million. Overseas, the animated sequel added $17.7 million for an international total of $106.1 million and a worldwide total of $227.9 million.

After opening on top last weekend, Sony’s ensemble comedy Think Like a Man Too, starring Kevin Hart, fell to fourth place, making $10.4 million for a total of $48.2 million.

Disney’s Maleficent -- now in its fifth week out -- brought in $8.2 million for a total of $201.9 million and a fifth place finish at the domestic box office. Overseas Maleficent earned $16 million, bringing its international total to $383.7 million. Next weekend, it reaches its final market in Japan.

Clint Eastwood's Jersey Boys came in sixth place, taking in $7.6 million over its sophomore weekend for a domestic total of $27.3 million.

In seventh place, Tom Cruise's sci-fi epic Edge of Tomorrow made $5.2 million over its fourth weekend at the box office for a domestic total of $84.2 million. To date, the $178 million feature from Warner Bros. and Village Roadshow has made $234.5 million internationally for a worldwide total of $318.7 million.

Fox's YA adaptation The Fault in Our Stars came in eighth at the domestic box office, taking in $4.8 million over the film’s fourth week at box office for a North American total of $109.5 million. Overseas, Fault in Our Stars, starring Shailene Woodley and Ansel Elgort, brought in $13 million; to date, the film has grossed $85.3 million outside of the U.S.

X-Men: Days of Future Past came in ninth place, bringing Fox $3.3 million for a domestic total of $223.4 million. Overseas, Bryan Singer's superhero tentpole reached $713 million worldwide, making it the highest-grossing movie of the year ahead of fellow superhero movies Captain America: The Winter Soldier and The Amazing Spider-Man 2.

Rounding out the list at number 10, Jon Favreau's indie food-truck comedy Chef -- now in its eighth week at the box office -- made $1.7 million for Open Road Films for a domestic total of $19.4 million.