'Teenage Mutant Ninja Turtles’ and ‘Guardians of the Galaxy’ easily remain atop the North American box office this weekend as ‘The Expendables 3’ debut underperforms with just $16.2 million. 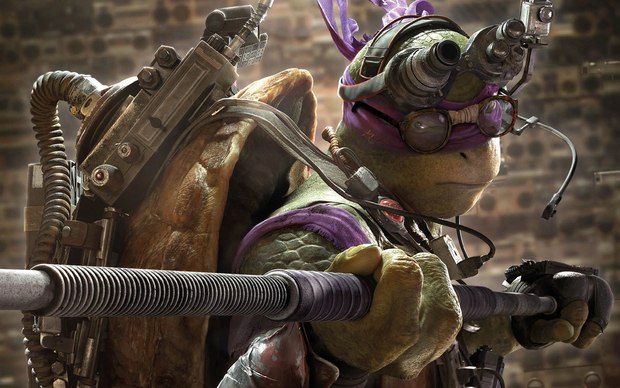 Teenage Mutant Ninja Turtles and Guardians of the Galaxy easily stayed atop the North American box office as The Expendables 3 underperformed in its debut, grossing just $16.2 million.

The Top 12 films earned an estimated $128.8 million this weekend, which is up six percent from the same frame last year. This August remains on track to be the biggest ever at the domestic box office with around $1 billion.

Paramount and Nickelodeon Movies' TMNT remained at number one in its second weekend, taking in $28.4 million for a domestic total of $117.6 million. Overseas, the Michael Bay-produced film earned another $25.6 million for an international total of $67.5 million and global haul of $185.1 million.

Disney and Marvel's Guardians, crossing the $200 million mark in its third weekend domestically, followed in North America with an estimated $24.7 million for a cume of $222.3 million through Sunday. Guardians also raced past the $400 million mark at the global box office this weekend, grossing $33.1 million overseas for an international total of $196.4 million.

From Lionsgate and Millennium, Expendables 3 was even beat by 20th Century Fox's Let's Be Cops to come in number four domestically. Let's Be Cops, placing third, took in $17.7 million for the weekend for a five-day debut of $26.1 million (the R-rated comedy opened Wednesday). The weekend's third new player, YA film adaptation The Giver, rounded out the top five with $12.8 million.

The Expendables series is the brainchild of Sylvester Stallone and Avi Lerner, whose Nu Image/ Millennium partnered with Lionsgate on the series. The films have generally cost in the $90 million range to produce and have done especially big business overseas. Expendables 2 took in $220.4 million internationally, compared to $85 million in North America.

Going after younger moviegoers and faith-based audiences was The Giver, directed by Phillip Noyce and based on Lois Lowry's 1993 YA novel of the same name. More than two decades in the making, the $30 million film was co-financed and co-produced by The Weinstein Co. and Walden Media.

Coming in sixth place was New Line and Warner Bros. tornado disaster film Into the Storm. Now in its second week at the North American box office, the found-footage film made $7.7 million domestically for a total of $31.3 million.

DreamWorks and Participant Media's dramedy The Hundred-Foot Journey, about dueling French and Indian chefs in a small French town, came in seventh place with $7.1 million, pushing the film’s domestic total to $23.6 million.

Luc Besson’s Lucy came in eighth place, taking in $5.3 million for U.S. distributor Universal for a domestic total of $107.5 million. Overseas, the sci-fi action pic earned $22 million, including a strong $5.1 million first place debut in Germany. The movie has taken in $61 million so far internationally; next weekend, it expands in to the U.K., Spain and a dozen other territories.

Summit Entertainment’s Step Up All In came in ninth place with $2.7 million for a domestic total of $11.8 million.

Richard Linklater’s indie feature Boyhood rounded out the list at number 10, taking in $2.2 million for distributor IFC Films for a total of $13.8 million. Costing $2.4 million to produce, the film was shot over a period of 12 years.

At the global box office, DreamWorks Animation’s How to Train Your Dragon 2 made $37.7 million, bringing the animated sequel’s international total to $364.3 million. Most of that came from China, where the movie opened to an impressive $25.9 million; according to 20th Century Fox, that's eight times higher than the first Dragon's debut.

Fox’s Dawn of the Planet of the Apes added $16.5 million overseas, which brings its total to $334.8 million. The movie expands in to China on August 29th. Paramount’s Transformers: Age of Extinction has now earned $811.1 million overseas. Over the weekend, it passed Skyfall, Pirates of the Caribbean: On Stranger Tides and Iron Man 3 to move up to sixth place all-time.