Fox comedy The Other Woman dominates the final weekend before the official start of the summer box office with a $24.7 million debut, unseating Captain America: The Winter Soldier from the top spot at the North American box office after it topped the chart for three consecutive weekends. 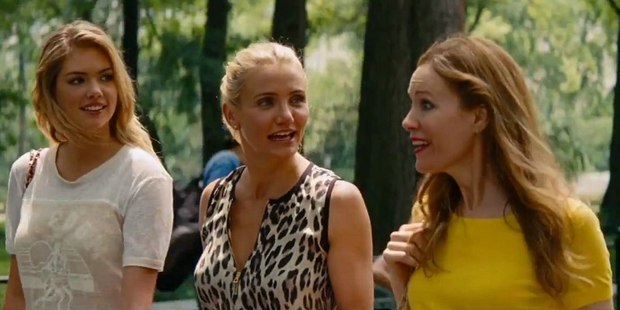 Fox comedy The Other Woman dominated the final weekend before the official start of the summer box office with a $24.7 million debut, unseating Captain America: The Winter Soldier from the top spot at the North American box office after it topped the chart for three consecutive weekends. Overseas, the Nick Cassavetes directed comedy took in $12.8 million from 31 markets for an early total of $20.6 million and global total of $45.3 million.

Captain America 2 came in second place in its fourth weekend, grossing $16 million from 3,620 locations for a domestic total of $224.9 million, becoming the top-grossing April release of all time in North America. Globally, the Disney and Marvel superhero tentpole eclipsed Iron Man 2 ($624 million) over the weekend, finishing Sunday with a worldwide total of $645.2 million.

TriStar's Christian film Heaven Is For Real crossed the $50 million mark in its second outing in North America, coming in third with $13.8 million for a domestic total of $51.9 million. The faith-based title is playing in 2,705 locations.

Brick Mansions, the late Paul Walker's second-to-last film before Fast & Furious 7, placed fifth in its opening, taking in $9.6 million from 2,647 theaters. From Luc Besson's EuropaCorp and Transfilm International, Brick Mansions cost $28 million to make. Written by Besson, the film is being released by Relativity in the U.S.

Now in its second weekend at the box office, Johnny Depp's Transcendence came in sixth place, bringing in $4.1 million from 3,455 theaters for a domestic total of $18.5 million. The sci-fi epic, which marks the directorial debut of cinematographer Wally Pfister, cost $100 million to make. Transcendence is doing slightly better overseas, earning $10.8 million for the weekend from 37 markets for an international total of $33.1 million. Globally, the movie has taken in $51.6 million.

New horror title The Quiet Ones opened in seventh place to an underwhelming $4 million. From Lionsgate and Exclusive Media, Quiet Ones was directed by John Pogue and stars Jared Harris, Sam Claflin and Olivia Cooke. The movie, set in an estate outside London, revolves around a university president and a team of students who conduct an experiment on a young girl with unspeakable secrets.

Now in its sixth week out, Summit Entertainment's Divergent came in eighth at the box office, grossing $3.6 million for a domestic total of $139.5 million.

Rounding out the list at number 10, IM Global's Haunted House 2 brought in $3.3 million for a total of $14.2 million. Open Road Films is distributing the comedy-horror title, which reteams director Michael Tiddes and star Marlon Wayans, and cost just $4 million to produce.

Sony's The Amazing Spider-Man 2 was the big winner internationally, where it is opening ahead of its May 2 North American launch, amassing $67.2 million over the weekend for an early total of $132 million.

Disney’s animated musical Frozen became the top-grossing Western animated film of all time in Japan, where it finished the weekend with a total of $118 million. Globally, Frozen has hit $1.143 billion. And Disney and DreamWorks' Need for Speed has crossed the $200 million mark globally.