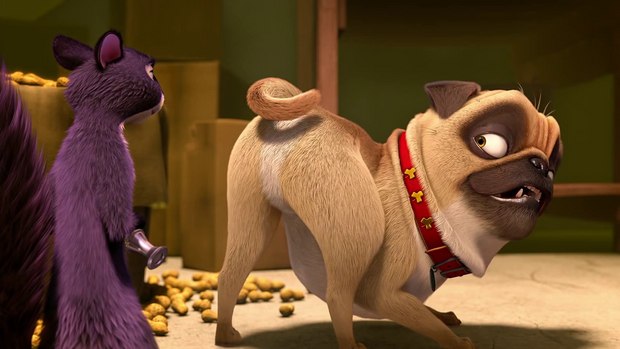 New animated family film The Nut Job, voiced by Will Arnett, did better than expected at the North American box office over the Martin Luther King, Jr. long holiday weekend, grossing $25.2 million for a third-place debut.

The CG animated feature is the first new animated offering since Disney's hit Frozen, which was released at Thanksgiving, and marks the top opening of all time for Open Road Films, as well as the top opening for a non-studio animated film (Coraline was the previous record-holder with $16.8 million).

The Nut Job follows the adventures of a squirrel who plans to rob the town's biggest nut shop in order to help his friends survive the winter. The movie, which cost $30 million to make after tax breaks, was made by ToonBox and Korean partner Redrover in association with Gulfstream Pictures. Open Road acquired U.S. rights and chipped in part of the marketing budget. The Nut Job is ToonBox's first feature film.

Universal’s cop comedy Ride Along debuted at the top of the domestic box office chart, taking in $48.1 million for the best opening of all time for the Martin Luther King holiday. The film cost a reported $25 million to produce.

Many films took a hit from Sunday's football championships, including Kenneth Branagh's Jack Ryan, starring Chris Pine as the iconic character created by author Tom Clancy. The Paramount feature debuted in fourth place with an estimated $18 million (final numbers for all films will be released Tuesday morning).

Disney’s Frozen, now in its ninth week at the box office, came in fifth place, taking in another $11.9 million for a domestic total of $332.5 million.

Twentieth Century Fox's new horror entry, The Devil’s Due, came in seventh place, taking in $9.3 million for its debut. Devil's Due stars Allison Miller and Zach Gilford as a couple who experience strange and supernatural events as they are expecting their first child. Overseas, the R-rated feature, which cost $7 million to produce, took in $2 million from six markets, including $1.5 million in the U.K.