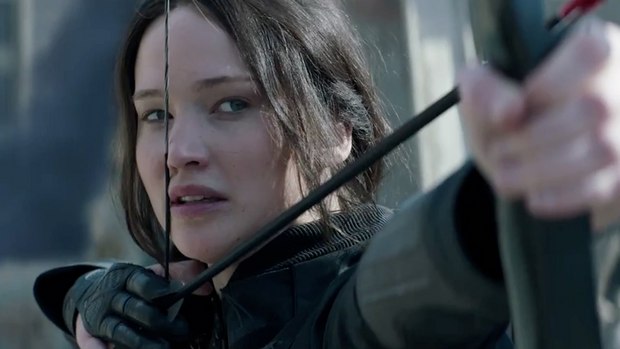 Lionsgate's The Hunger Games: Mockingjay -- Part 1 was the easy victor at an otherwise soft Thanksgiving box office, earning $82.7 million to score the third-best gross of all time for the five-day holiday. The penultimate installment in the YA film franchise has now earned $225.7 million at the North American box office and $480 million worldwide. Domestically, however, Mockingjay continues to trail behind last year's The Hunger Games: Catching Fire, which finished Thanksgiving with $296.3 million in North American ticket sales.

From DreamWorks Animation and distributor 20th Century Fox, new entry Penguins of Madagascar placed number two with $36 million for the five days, including a weekend take of $25.8 million. Not accounting for inflation, this marks one of the lowest numbers for an animated film opening over Thanksgiving.

Overseas, Penguins took in another $36 million from 44 markets for an early foreign total of $63 million and worldwide cume of $99 million. The spinoff opened two weeks ago in China, where so far it has earned $33 million.

From New Line and Warner Bros., new entry Horrible Bosses 2 grossed $23 million for the five days to come in at number four. For the weekend itself, the sequel took in $15.7 million, putting it at number five just behind Interstellar. The first Horrible Bosses opened to $28.2 million on its way to earning $209.6 million worldwide.

Rounding out the top five, Christopher Nolan's Interstellar earned $22 million for the five day period for a North American total of $147.1 million. In its fourth weekend, the space epic took in another $44.4 at the foreign box office for an international total of $395.2 million and worldwide total of $542.3 million for partners Warner Bros. and Paramount.

In China, Interstellar continued to top the chart in its third weekend, earning $18.1 million for a total of $106 million through Sunday. Nolan's film has also earned a whopping $61 million in South Korea, followed by $28.6 million in the U.K., $24 million in Russia, $18.8 million in France, $15.4 million in Germany and $13.6 million in Australia. It continues to generate huge numbers in IMAX theaters, which have turned in $49 million overseas.

Now in its third week at the box office, Universal’s Dumb and Dumber To came in sixth place at the North American box office, taking in $11.6 million for the five-day holiday and $8.3 million for the weekend. The sequel has now made a domestic total of $72.2 million.

Focus Features' Stephen Hawking biopic The Theory of Everything came in seventh place, taking in $6.4 million for the five-day holiday, including $5.1 million for the weekend, for a total of $9.6 million.

In its ninth week in release, David Fincher's Gone Girl came in at number eight, earning distributor Fox an additional $3.3 million -- including $2.3 million from the weekend take -- for a domestic total of $160.8 million.

Fox Searchlight feature Birdman, starring Michael Keaton, came in ninth place for the second week in a row, taking in $2.4 million over the five-day period for a domestic total of $17.2 million.

Rounding out the list at number 10 is Bill Murray's comedy St. Vincent -- from The Weinstein Co. and Chernin Entertainment -- which brought in $2.3 million for a total of $39.3 million.