With no new wide releases in the U.S. this past weekend, Lionsgate's ‘The Hunger Games: Mockingjay -- Part 1’ topps the box office for the third time in a row, followed by DreamWorks Animation's ‘Penguins of Madagascar’ and R-rated comedy ‘Horrible Bosses 2.’ 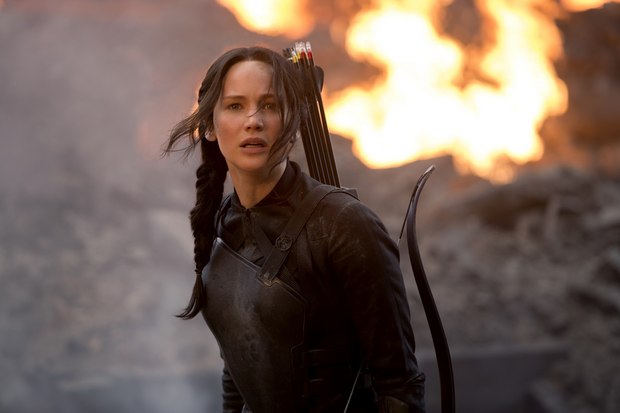 With no new wide releases in the U.S. this past weekend, Lionsgate's The Hunger Games: Mockingjay -- Part 1 topped the box office for the third time in a row with $21.6 million, bringing its domestic total to $257.7 million for a worldwide total of $560.5 million. Overseas, it collected another $31.6 million from 87 markets to cross the $300 million mark, finishing Sunday with $302.8 million in foreign ticket sales.

DreamWorks Animation's Penguins of Madagascar remained in second place in its sophomore outing with $11.1 million for a domestic total of $49.6 million. Internationally, Penguins marched to a happy $23.5 million from 50 markets for an international total of $94.5 million and worldwide total of $144.1 million.

Horrible Bosses 2 placed third, taking in $8.6 million for a domestic total of $36.1 million. Overseas, the R-rated comedy, from New Line and Warner Bros., earned $7.1 million from 49 markets for an international total of $23.1 million and early worldwide total of $59.2 million.

Disney's Big Hero 6, posing tough competition for DWA’s Penguins and Paramount's Interstellar, came in fourth place, grossing $8.1 million in its fifth weekend out for a domestic total of $177.5 million. Overseas, where the Marvel-inspired film has rolled out in its first 27 territories, Big Hero 6 earned another $4 million for an early foreign total of $62.8 million and worldwide haul of $240.3 million.

Once again rounding out the top five, Christopher Nolan's Interstellar earned $8 million domestically for a new total of $158.7 million. In its fifth weekend, the space epic took in another $22.8 million at the foreign box office for an international total of $434.4 million and worldwide total of $593.1 million for partners Warner Bros. and Paramount.

Universal’s Dumb and Dumber To came in sixth place at the North American box office, taking in $ $4.2 million for a domestic total of $78.1 million.

Focus Features' Stephen Hawking biopic The Theory of Everything came in seventh place, taking in $2.7 million for a total of $13.6 million.

Now in its tenth week in release, David Fincher's Gone Girl again came in at number eight, earning distributor Fox an additional $1.5 million for a domestic total of $162.9 million.

Coming in at number nine was found-footage horror pic The Pyramid, which grossed $1.4 million. Fox opted for a limited release, versus nationwide, and opened the movie in 589 theaters. Directed by Gregory Levasseur, The Pyramid title stars Ashley Hinshaw, Denis O'Hare, James Buckley and Daniel Amerman as a group of archeologists who discover a vast pyramid buried under the Egyptian desert. The Pyramid opened to $3.7 million. Internationally, where the film opened in 16 markets, The Pyramid made $3.7 million for a worldwide total of $5.1 million.

Fox Searchlight feature Birdman, starring Michael Keaton, rounded up the top 10, taking in $1.2 million for a domestic total of $18.9 million.

Elsewhere, Ridley Scott’s Exodus: Gods and Kings marched into its first 10 foreign markets this weekend, grossing $23 million. Starring Christian Bale as Moses, the 20th Century Fox tentpole, made for $165 million, opens in another 19 foreign markets next weekend; it rolls out everywhere else at the end of the month and in January in order to avoid a direct confrontation with Peter Jackson's upcoming The Hobbit: The Battle of the Five Armies.

Meanwhile, StudioCanal's Paddington grossed $13 million from 19 markets as it ventured outside of the U.K. for an early total of $15 million. The independently produced movie doesn't open in the U.S. until mid-January.