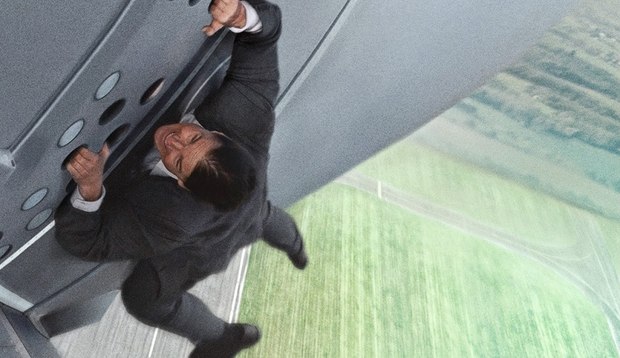 Paramount Pictures and Skydance Productions’ Mission: Impossible – Rogue Nation opened to a pleasing $56 million in North America, easily landing in first place at the North American box office this past weekend. Internationally, the $150 million tentpole feature launched to $65 million from 40 territories for an early world cume of $121 million, including a record-breaking launch of $17.1 million in South Korea.

Rogue Nation delivered the second-best three-day weekend opening of the franchise, trailing only the second title, which took in $70.8 million over the long Memorial Day weekend in 2000, including $57 million for the weekend itself. Rogue Nation also delivered Cruise his third-best domestic opening of all time after Mission: Impossible II and War of the Worlds ($64.9 million), not accounting for inflation.

From New Line and Warner Bros., Vacation opened in second place, earning $21.2 million for the Wednesday-Sunday stretch including $14.9 million for the weekend. Directed by John Francis Daley and Jonathan M. Goldstein and starring Ed Helms, Christina Applegate, Leslie Mann and Chris Hemsworth, the comedy feature, made with a budget of $30 million, had been expected to earn as much for its domestic debut. The movie is a follow-up to National Lampoon's Vacation, directed by Harold Ramis and released in 1983, and picks up as Rusty Griswold (Helms), now grown, takes his own family on a vacation.

Marvel holdover Ant-Man landed in third place, taking in $12.6 million for the weekend for a new domestic total of $132.1 million and global haul of nearly $300 million.

In fourth place, Universal and Illumination's Minions grossed $12.2 million domestically for a North American total of $287.3 million. Overseas, Minions opened in both Japan and South Korea this week, taking in $39.1 million from 62 territories for an international total of $567.3 million and worldwide tally of $854.6 million.

Sony’s Pixels rounded up the top five, taking in $10.4 million over its sophomore weekend for a 10-day North American total of $45.6 million. Pixels opened in 18 new markets overseas this weekend, grossing $19.8 million for a new international total of $56.5 million and global cume of $102.11 million.

Universal’s R-rated Trainwreck, starring Amy Schumer and directed by Judd Apatow, came in sixth place at the North American box office with $9.6 million for a new domestic total of $79.7 million.

Jake Gyllenhaal's boxing drama Southpaw, from The Weinstein Co., crossed the $30 million mark in its second weekend at the box office, earning $7.5 million for a seventh place finish and a new domestic total of $31.5 million.

Pixar’s Inside Out came in ninth place domestically with $4.5 million, pushing the animated feature’s North American total to $329.5 million. Overseas, Inside Out brought in an adiditonal $17.8 million for a new international total of $272.7 million, propelling the movie across the $600 million mark globally to $602.3 million.

Rounding up the top ten is Universal’s Jurassic World, which made $3.7 million over the weekend for a new domestic total of $631.4 million. Jurassic World made an addiitonal $4.4 million from 63 territories this weekend, bringing its overseas total to $928 million and its global total to a staggering $1.56 billion. Japan is the final release this Wednesday, August 5.

Elsewhere, China’s Monster Hunt had another solid weekend, taking the top spot with $30.6 despite several new releases. The live-action/CGI hybrid directed by Shrek animation supervisor Raman Hui is already the highest-grossing Chinese language film of all-time in China with $290 million and is closing in on Transformers 4 to become the second highest-grossing film of all-time. Monster Hunt has been the number-one movie in China for its entire 17-day run.