Twentieth Century Fox's YA adaptation ‘The Maze Runner’ opens to $32.5 million at the North American box office; James Gunn’s ‘Guardians of the Galaxy’ passes up fellow Marvel title ‘Iron Man 2’ with a worldwide haul of $632.2 million. 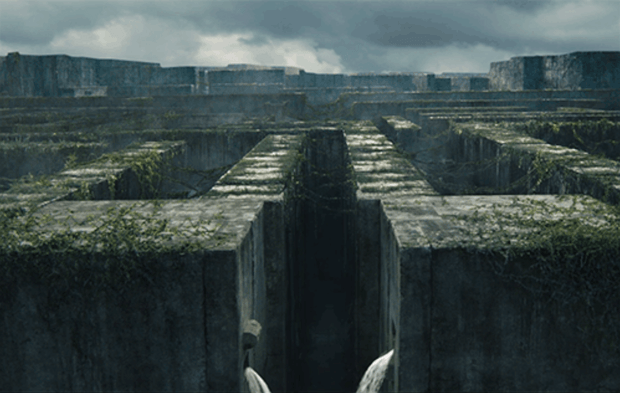 20th Century Fox's YA adaptation The Maze Runner opened to $32.5 million at the North American box office, more than double the $13.1 million debut of Liam Neeson's R-rated action offering, A Walk Among the Tombstones. Shawn Levy's new adult dramedy, This Is Where I Leave You, followed in third place with $11.9 million.

Providing a respite from the downward spiral at the domestic box office, overall revenue for the weekend was up more than 25 percent over of the same weekend last year.

Overseas, Maze Runner also dominated, grossing $37.6 million from 50 markets for a worldwide total of $81.5 million (the film began rolling out in several territories last weekend). The film, made for $34 million, is based on James Dashner's novel and was directed by Wes Ball from an adapted script by Noah Oppenheim.

Fox has already announced that a sequel, Maze Runner: Scorch Trials, will be released September 18, 2015.

From Cross Creek Pictures, Walk Among the Tombstones is based on Lawrence Block's best-selling mystery novels and stars Neeson as ex-New York City cop MattScudder. The film, which cost a reported $23 million to make, is being distributed by Universal in the U.S., and by Entertainment One in Canada.

From Warner Bros. and based on Jonathan Tropper's novel, This Is Where I Leave You boasts a cast led by Jason Bateman, Tina Fey, Adam Driver, Rose Byrne and Jane Fonda. Made for just $20 million, the movie had its world premiere earlier this month at the Toronto Film Festival.

Among holdovers, Screen Gems' Idris Elba thriller No Good Deed fell to number four in its second weekend, bringing in $10.2 million for a domestic total of $40 million.

Alcon Entertainment's family offering Dolphin Tale 2 rounded out the top five, taking in $9 million over the film’s sophomore weekend for a domestic total of $27.1 million.

In sixth place, James Gunn’s Guardians of the Galaxy continued to make news in its eighth outing as it passed up fellow Marvel Studios' title Iron Man 2, grossing $5.2 million domestically and $10.4 million internationally for a worldwide total of $632.2 million. Iron Man 2 took in $624 million globally.

20th Century Fox’s buddy action comedy Let’s Be Cops came in seventh place, bringing in $2.7 million over its sixth weekend at the box office for a total of $ 77.2 million.

Also in its sixth week out, Paramount and Nickelodeon Movies' Teenage Mutant Ninja Turtles came in eighth place, bringing in $2.7 million for a domestic total of $185 million.

The late James Gandolfini's final film The Drop went into wide release, coming in ninth place with $4.2 million for a total of $7.7 million. Directed by Michael R. Roskam, the Brooklyn crime drama also made its premiere at the Toronto Film Festival.

YA adaptation If I Stay, from Warner Bros., New Line and MGM, rounded out the list at number 10 with $1.8 million, pushing the film’s domestic total to $ 47.7 million.

Elsewhere, Dawn of the Planet of the Apes opened in Japan (its final market) this weekend, making a $3.7 million debut. The 20th Century Fox sequel has now earned over $681 million worldwide -- including over $100 million in China -- and is on track to close north of $700 million.

Luc Besson’s Lucy added $13 million this weekend, bringing its overseas total to $253 million. Still to open in several international markets, including China, Lucy is on pace to earn well over $400 million worldwide.

LAIKA’s The Boxtrolls continued its international rollout; the movie brought in $5.8 million from territories Denmark, Malaysia, Mexico, Singapore, Sweden and the U.K. for a foreign total of $11 million. The 3D animated feature opens in North America on September 26.