Disney’s ‘Maleficent’ takes first place at the international box office with $44.7 million; DreamWorks Animation’s ‘How to Train Your Dragon 2’ comes in second place with $43.5 million. 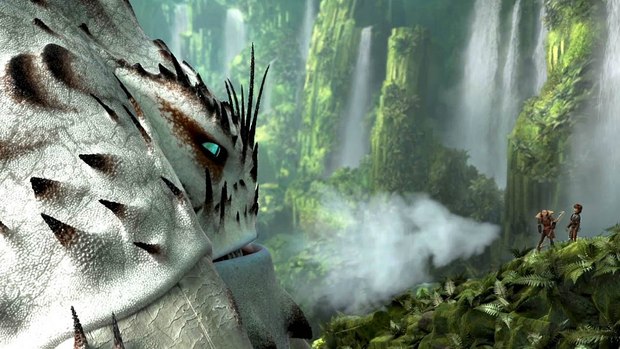 Kevin Hart's ensemble comedy Think Like a Man Too had a $30 million debut, narrowly defeating fellow Sony comedy 22 Jump Street to take first place at the box office this weekend.

In second place, holdover 22 Jump Street brought in $29 million for its sophomore weekend. To date, the Jonah Hill/Channing Tatum comedy sequel has grossed $111.5 million, and is on track for at least $170 million total. Overseas, the film made $14.1 million for an international total of $38.2 million.

DreamWorks Animation’s How to Train Your Dragon 2 came in third place, earning $25.3 million over its second weekend at the box office; through 10 days, the sequel has earned $95.2 million domestically, and is on track for a final tally around $170 million.

How to Train Your Dragon 2 continued to do well overseas, coming in second place internationally for the weekend with $43.5 million from 54 markets. In Brazil, where the World Cup is currently underway, Dragon 2 debuted to $6.8 million, the number two opening of all time for an animated film. The CG animated film has now earned $77.2 at the foreign box office for a world total of $172.4 million.

Now in its fourth week at the box office, Disney’s Maleficent rounded out the Top Five with $13 million. The movie has so far earned $186 million domestically, and is on track to close north of $215 million. Globally, Maleficient took first place at the international box office with $44.7 million. The movie has earned $335.6 million overseas so far, and still has an opening in Japan on the way. On a worldwide basis, it's now star Angelina Jolie's highest-grossing live-action movie ever with $522 million.

In sixth place, Tom Cruise's sci-fi epic Edge of Tomorrow made $10.3 million over its third weekend at the box office for a total of $74.5 million. The $178 million feature from Warner Bros. and Village Roadshow has a strong chance of crossing $100 million by the end of its run. Overseas, Edge of Tomorrow added $21.5 million for a new total of $218.3 million.

Fox's YA adaptation The Fault in Our Stars came in seventh place at the domestic box office, taking in $8.6 million over the film’s third week at box office for a North American total of $98.7 million. Overseas, Fault in Our Stars, starring Shailene Woodley and Ansel Elgort, brought in $20 million; to date, the film has grossed $64.6 million outside of the U.S.

X-Men: Days of Future Past came in eighth place, bringing Fox $6.2 million for a domestic total of $216.8 million. Overseas, Bryan Singer's superhero tentpole crossed $690 million worldwide where by this time next week it will be well past $700 million, becoming the highest-grossing movie of 2014 ahead of Captain America: The Winter Soldier ($711 million).

Rounding out the list at number 10, Legendary Pictures and Warner Bros.' Godzilla made $1.82 million over its sixth week at the box office for a domestic total of $194.9 million. Overseas, Godzilla, which has yet to open in Japan, added $15 million for an international total of $282.4 million.