Focus Features' 3D family offering ‘The Boxtrolls’ takes in $17.3 million for its North American debut, the best showing yet for animation house LAIKA; internationally the stop motion feature earns $5.1 million for a foreign total of $17.7 million and early worldwide cume of $35 million. 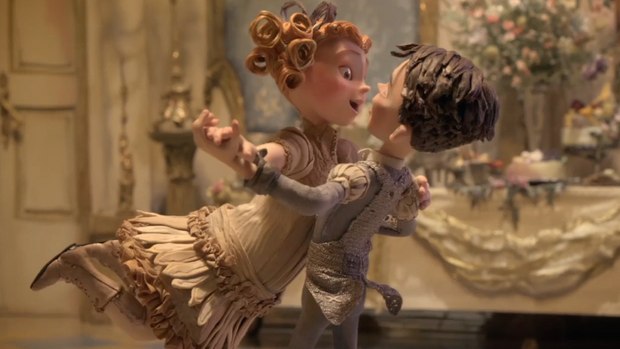 Denzel Washington's The Equalizer debuted to $35 million at the North American box office this weekend, one of the top September openings ever for an R-rated movie. Equalizer, reuniting Washington with Training Day director Antoine Fuqua, is based on the 1980s TV series created by Michael Sloan and Richard Lindheim. Overseas, the $55 million action thriller from Sony, Village Roadshow Pictures and LStar Capital earned an additional $17.8 million for a worldwide total of $52.8 million.

In second place, 20th Century Fox's YA adaptation The Maze Runner added $17.5 million for a 10-day total of $58 million and, based on this weekend's results, is now reportedly on track to earn between $95 and $105 million domestically. Overseas The Maze Runner won the international box office race, taking in an additional $27.5 million from 62 territories for an early worldwide total of $149 million.

Focus Features' 3D family offering The Boxtrolls was the weekend's other new nationwide entry, earning $17.3 million, the best showing yet for animation house LAIKA and a third place finish. The Portland-based studio’s two previous releases were Coraline, which debuted to $16.8 million in 2009, and ParaNorman, which saw a $14.1 million debut in 2012.

Internationally, where it rolled out early in several countries, The Boxtrolls earned another $5.1 million from 16 markets for a foreign total of $17.7 million and early worldwide cume of $35 million.

Shawn Levy's adult dramedy, This Is Where I Leave You, came in fourth place in its second weekend at the domestic box office, taking in $7 million for a total $22.6 million.

Fellow Warner Bros. release Dolphin Tale 2 took the number five spot in its third weekend with $4.8 million from 3,376 locations for a total of $33.7 million.

Screen Gems' Idris Elba thriller No Good Deed fell to number six in its third weekend, bringing in $4.6 million for a domestic total of $46.6 million.

Liam Neeson's action movie A Walk Among the Tombstones, produced by Cross Creek Pictures and distributed by Universal in the U.S., came in seventh place, earning $4.1 million for a domestic total of $20.9 million.

In eighth place, James Gunn’s Guardians of the Galaxy made $3.8 million for Disney and Marvel for a domestic total of $319.2 million. Overseas, the tentpole feature has made $325.1 million to date for a worldwide total of $644.3 million.

Twentieth Century Fox’s buddy action comedy Let’s Be Cops came in ninth place, bringing in $1.5 million over its seventh weekend at the domestic box office for a total of $79.6 million.

Rounding out the list at number 10 is Paramount’s Teenage Mutant Ninja Turtles. Now in its seventh week at the North American box office, the film made $1.45 million for a domestic total of $187.2 million. Overseas the film has made $154.9 million for a worldwide total of $342.1 million.

Elsewhere, EuropaCorp’s Lucy extended its remarkable run this weekend, adding $11.1 million for a total of $269.1 million. The sci-fi thriller opened in first place in Italy with an impressive $3.2 million. By Thursday or Friday, Lucy will have passed $400 million worldwide.