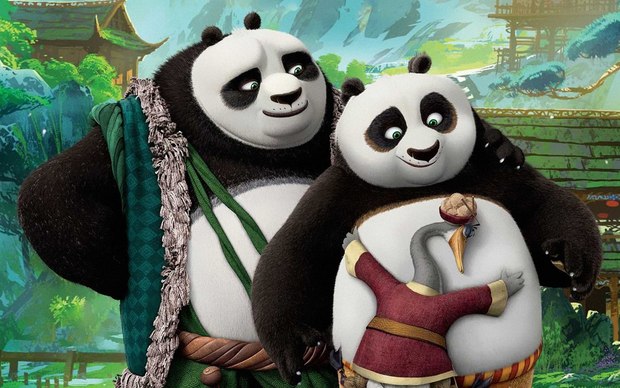 DreamWorks Animation’s Kung Fu Panda 3 easily topped the North American box office this past weekend, bowing to $41 million from 10,367 theaters for a first place finish. That’s lower than the debut of Kung Fun Panda 2, which made $47.7 million following its launch in 2011.

In China, where Kung Fu Panda 3 was produced by DWA and Oriental DreamWorks, with backing from the China Film Group, the latest installment in the animated franchise opened to $58.3 million, the biggest launch of all time for an animated film. The movie is the first major U.S.-China co-production, as well as the first major Hollywood release to open simultaneously in North America and in the Middle Kingdom. Illumination Entertainment’s Minions previously held the record for top animated opening in China with an eight-day take of $50 million. Kung Fu Panda 3, which opened Friday, accomplished the feat in three days.

Kung Fu Panda 3 earned a total of $75.7 million internationally from a handful of overseas markets, including China, for a global debut of $116.7 million. South Korea also turned in $11.4 million, followed by Russia with $5.1 million.

The Finest Hours, costing $70 million to produce, opened to roughly $10.1 million from 3,143 locations. The Disney movie came in third place behind Kung Fu Panda 3 and 20th Century Fox and New Regency's The Revenant.

Gavin O'Connor's Jane Got a Gun, made for $25 million and starring Portman opposite Joel Edgerton and Ewan McGregor, grossed just $830,000 from 1,210 theaters. The Weinstein Co. is releasing Jane via a service deal on behalf of the producers, who pulled the film from Relativity Media last summer as the studio faced bankruptcy.

Back on the top 10 chart, Alejandro G. Inarritu's awards frontrunner The Revenant, starring Leonardo DiCaprio, came in second place with $12.4 million for a domestic total of $138.2 million. Overseas, the frontier epic made $24.3 million for a foreign tally of $136.6 million and a global cume of $274.8 million.

Disney and Lucasfilm's Star Wars: The Force Awakens came in third place with an estimated $10.8 million as it approaches the $900 million mark in North America and $2 billion globally. The movie's domestic total through Sunday is $895.4 million; worldwide, its cume is $1.983 billion.