Universal and Legendary’s holiday horror-comedy ‘Krampus’ outperforms expectations in its North American debut, grossing $16 million from 2,902 theaters to come in at number two behind ‘The Hunger Games: Mockingjay -- Part 2.’ 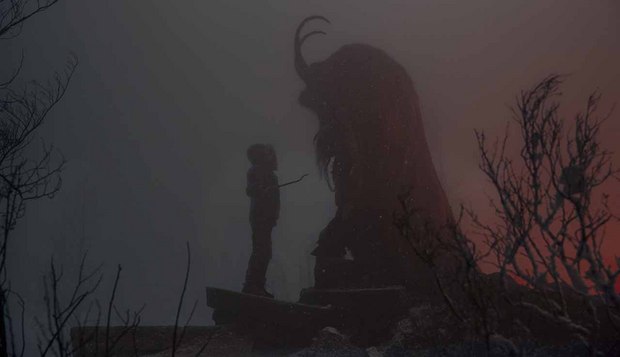 Holiday horror-comedy Krampus outperformed expectations in its debut at the North American box office, grossing $16 million from 2,902 theaters to come in at number two behind The Hunger Games: Mockingjay -- Part 2.

Mockingjay -- Part 2 remained at number one for the third consecutive weekend with $18.6 million from 4,086 locations. The final installment in Lionsgate's YA film franchise raced past the $500 million mark globally over the weekend, finishing Sunday with a worldwide cume of $523.9 million. Overseas, it also dominated with $32.4 million, putting its foreign total at $296.8 million.

Legendary and Universal's Krampus, made for $15 million, beat MGM and New Line's Rocky reboot Creed, which landed in third place with $15.5 million for a 12-day domestic gross of $65.1 million.

Disney and Pixar’s CG-animated family feature The Good Dinosaur came in fourth place for its second weekend in theaters with $15.5 million for a new domestic total of $75.9 million. Overseas the prehistoric movie expanded into six additional international territories, taking in $19.4 million from 45 markets, bringing the overseas total to $55.4 million and the global haul to $131.4 million.

Landing in seventh place, Blue Sky Studios’ The Peanuts Movie brought in an additional $3.5 million from 2,917 theaters for a new domestic total of $121.4 million. Overseas the CG-animated movie collected $2.2 million from 1,270 screens in 12 markets, lifting its early international cume to $13.2 million and its global haul to$134.6 million. Japan debuted with $1.5 million at number two in the market. More than 50 international markets are still to release.

Elsewhere, 20th Century Fox’s The Martian continued its solid China mission this weekend as the top movie in the market with $13.1 million for a total of $73.6 million. The film has grossed $350 million overseas and $571.5 million worldwide.

Sony’s Hotel Transylvania 2 checked in with an additional $2.6 million this weekend from 69 markets for a total of $274.1 million overseas and $441.3 million worldwide.