Universal’s long-awaited dinosaur feature beats out the May 2012 launch of ‘The Avengers’ with a $208.8 million domestic debut, and becomes the first film to cross $500 million worldwide in a single weekend. 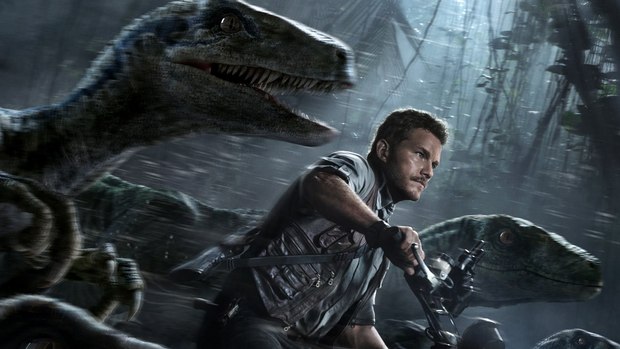 Universal and Legendary Pictures’ Jurassic World -- the long-awaited fourth film in the franchise launched by 22 years ago by Steven Spielberg’s Jurassic Park -- dominated the box office both domestically and globally this past weekend with the biggest opening of all time.

Based on the characters created by author Michael Crichton, The $150 million tentpole is directed by Colin Trevorrow and stars Chris Pratt and Bryce Dallas Howard alongside Vincent D’Onofrio, Ty Simpkins and Nick Robinson. Legendary co-financed the film, with Spielberg's Amblin Entertainment co-producing.

Playing in 4,274 theaters, the widest North American release in the studio's history, Jurassic World made $208.8 million, beating out the $207.4 million launch of The Avengers in May 2012. Overseas, Jurassic World brought in $315.3 million from 66 markets for a total of $524 million globally, becoming the first film to ever cross $500 million in one weekend.

Warner Bros.’ San Andreas followed in third place with $11 million for the weekend for a new domestic total of $119.3 million. Overseas, the disaster film has made a total of $188.5 million at the international box office, pushing its global tally to $307.8 million.

Focus Features’ new horror film Insidious: Chapter 3 made $7.3 million over its second weekend at North American box office for a fourth place finish, pushing its domestic take to $37.4 million. Overseas, Insidious 3 has made $26.3 million for a total of $63.7 million worldwide.

Rounding up the top five was Universal’s Pitch Perfect, now in its fifth week in theaters. The musical sequel made $6 million for a new domestic total of $170.7 million; overseas it has made a total of $89 million, pushing the film’s global haul to $259.7 million worldwide.

Warner Bros.’ Entourage came in sixth place with $4.3 million for a new domestic total of $25.9 million.

Mad Max: Fury Road, from Warner Bros. and Village Roadshow Pictures, came in seventh place for the weekend, bringing in $4.1 million for a new domestic total of $138.6 million. Overseas, George Miller’s post-apocalyptic action movie has made $184.1 million for a global tally of $322.7 million.

Marvel’s Avengers: Age of Ultron came in eighth with $3.6 million for a new domestic total of $444.7 million. Now in its seventh week at the box office, the Disney film has made a total of $910.2 million overseas for a total haul of $1.4 billion globally.

Brad Bird’s Tomorrowland came in ninth place in its fourth weekend out, taking in $3.4 million for a new domestic total of $83.6 million. The big-budget fantasy adventure, starring George Clooney and Britt Robertson and costing Disney $180 million to produce, has made a total of $93.5 million overseas for a total of $177.1 million worldwide.