Universal's ‘Jurassic World’ holds off Pixar’s ‘Inside Out’ for the third weekend in a row; Paramount's ‘Terminator Genisys’ sees third place debut with $28.7 million from 3,758 locations. 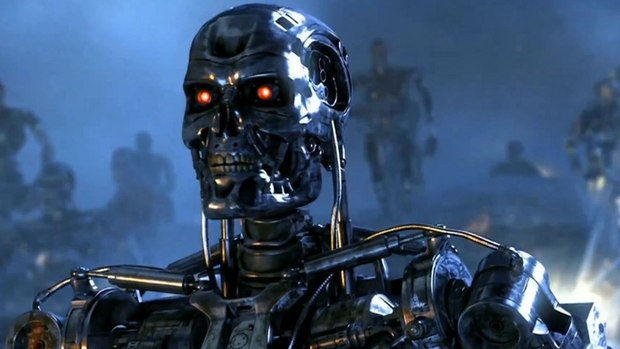 In what was a very close race over the long Independence Day holiday weekend, Universal's Jurassic World held off Pixar’s Inside Out for the third weekend in a row, taking in $30.94 million in its fourth weekend at the North American box office for a new domestic total of $558.2 million.

Without adjusting for inflation, Jurassic World registered the third-largest fourth weekend performance of all-time (behind only 2009's Avatar and 2012's Marvel's The Avengers). This weekend the film surpassed the $534.86 million final gross of 2008's The Dark Knight to move into fourth place on the all-time unadjusted domestic list. Overseas, Jurassic World came in third place, taking in $42.0 million from 66 territories for a new international total of $826.9 million and worldwide cume of $1.385 billion to become the fifth highest grossing film of all time. The film opens in its final territory, Japan, on August 5.

Paramount's Terminator Genisys had a third place debut, taking in $28.7 million from 3,758 locations. The Arnold Schwarzenegger-led 3D franchise reboot, made with a total budget of $220 million, performed on the very low end of scaled-back expectations, grossing $44.16 million through five days of release. That’s 32 percent behind the $65.32 million five-day start of 2009's Terminator Salvation (which opened on a Thursday) and 39 percent behind the $72.39 million five-day take of 2003's Terminator 3 (which opened on a Wednesday).

Overseas, Terminator Genisys fared better with audiences, taking in $74 million from 46 territories to push the sci-fi film’s international take to $85.5 million for a total of $129.66 million worldwide. Terminator: Genisys opens July 9 in Germany and Italy, and July 10 in Spain and Japan.

Warner Bros. sequel Magic Mike XXL debuted in fourth place, taking in $12.04 million from 3,355 locations over its first five days of release. Made for $45 million with an ensemble cast led Channing Tatum, Magic Mike XXL is running 45 percent below the $49.62 million five-day take of 2012's Magic Mike (which opened on a Friday). Overseas, Magic Mike XXL made $6.2 million across 15 markets for a total of $33.27 million worldwide.

Universal's R-rated Ted 2 rounded out the weekend's top five, taking in $11.02 million. The Seth MacFarlane-directed comedy sequel has grossed a much softer than expected $58.33 million in ten days, placing it 51 percent behind the $119.85 million ten-day take of 2012's Ted. Overseas, Ted 2 grossed just $8.8 million from 31 territories for an early international total of $36 million and worldwide gross of $94.3 million. Ted 2 will open in 33 more territories over the next few months including the U.K. and Ireland, Poland, Turkey, and Peru.

MGM’s canine hero movie Max came in sixth place, taking in $7 million over its sophomore weekend for a new domestic total of $25.7 million.

Now in its fifth week in theaters, Paul Feig's action-comedy Spy, starring Melissa McCarthy, came in seventh place with $5.5 million for distributor Fox for a new domestic total of $97.9 million. Overseas, Spy netted $3.4 million from 45 territories for a new international total of $112.8 million. The film has now made a total of $210 million worldwide.

Elsewhere, ahead of its North American release next weekend, Illumination Entertainment’s Minions took in $54.3 million from 26 markets for an early international total of $124.2 million. The animated franchise film opened on top in all 15 new territories it was released this weekend and retained the top spot in Australia, the U.K. and Ireland, and Brazil for a second weekend. It also scored the biggest opening day of all-time for an animated film in Germany, Spain, Argentina, and Colombia. Germany opened with $9.0 million, 70 percent higher than Despicable Me 2's opening weekend. Spain and Colombia both doubled DM2's opening with $5.9 million and $3.4 million respectively, while Argentina tripled DM2's opening weekend with $5.5 million. Minions has grossed $16.2 million in Brazil, $31.4 million in UK/Ireland, and $15.1 million in Australia. Next weekend sees 25 territories including France, Mexico, and Russia open day-and-date with the U.S. and Canada.