Universal's ‘Jurassic World’ holds off Pixar’s ‘Inside Out’ for the second weekend in a row; Seth MacFarlane R-rated comedy sequel ‘Ted 2’ underwhelms with $33 million debut. 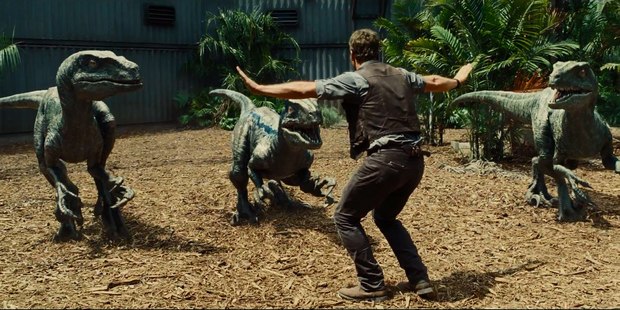 Universal's ‘Jurassic World’ holds off Pixar’s ‘Inside Out’ for the second weekend in a row.

Universal's Jurassic World held off Pixar’s Inside Out for the second weekend in a row, taking in $54.2 million in its third weekend at the North American box office for a new domestic total of just a little more than $500 million. Jurassic World claimed the third largest third weekend performance of all-time, behind only the $68.49 million third weekend take of 2009's Avatar and the $55.64 million third weekend take of 2012's Marvel's The Avengers. Internationally, Jurassic World topped the foreign chart with $82.5 million from 66 markets for an offshore total of $737.5 million and global haul of $1.238 billion. The summer tentpole has now surpassed past Iron Man 3 ($1.215 billion) to become the number-eight title of all time, not accounting for inflation.

Inside Out once again came in second place, bringing in $52.13 million over the film’s sophomore weekend for a new domestic total of $184.9 million. Inside Out continues to exceed expectations with a ten-day take of $184.95 million, which places the film 8.5 percent ahead of the $170.43 million ten-day gross of Monsters University and 18.5 percent behind the $226.89 million ten-day take of Toy Story 3. Overseas, the critically acclaimed animated feature earned $26.4 million as it expanded into a total of 42 markets for a foreign total of $81.5 million and worldwide cume of $266.4 million.

Coming in third place at the domestic box office, Universal’s Ted 2 had an underwhelming $33 million debut, nearly 40 percent behind the $54.4 million launch of Ted in summer 2012. Costing $85 million to produce, Ted 2 reunites director Seth MacFarlane as the trash-talking teddy bear with sidekick Mark Wahlberg. The live action/CG-animated sequel from Universal and Media Rights Capital opened well below expectations, which ranged upwards from $45 million heading into the weekend. Overseas, Ted 2 opened to $20.3 million from 26 markets for a global launch of $53.2 million. The original Ted was a box-office sensation, grossing $549.4 million to become one of the top R-rated comedies of all time.

The weekend's other new nationwide offering, the canine-friendly Max, opened in fourth place with a $12.2 million debut. From MGM with a budget of less than $20 million, Max follows the relationship between a dog who returns from service in Afghanistan traumatized by his handler's death, and the dead Marine's brother, with whom the dog develops a relationship.

Rounding out the top five was Paul Feig's Spy, which grossing $7.8 million over its fourth weekend at the box office for a domestic total of $88.4 million. Worldwide, Fox’s action comedy, starring Melissa McCarthy, has now earned $195 million.

Warner Bros. disaster film San Andreas, starring Dwayne Johnson, came in at number six, adding $5.2 million for a total domestic haul of $141.8 million. Overseas, San Andreas made $10.4 million from 68 international markets this past weekend, raising its overseas cume to $297.8 million for a worldwide total of $439.67 million.

Open Road Films and Sony Pictures’ coming-of-age story Dope came in seventh place at the domestic box office, earning $2.8 million over its sophomore weekend for a total of $11.7 million.

Focus Features’ horror film Insidious: Chapter 3 made $2 million over its fourth weekend at the North American box office for an eighth place finish, pushing its domestic take to $49.7 million. Overseas, Insidious 3 grossed $4.0 million from 53 territories, lifting its international cume to $37.0 million for a total of $84.8 million worldwide.

Mad Max: Fury Road, from Warner Bros. and Village Roadshow Pictures, came in ninth place for the weekend, bringing in $1.7 million for a new domestic total of $147 million. Overseas, George Miller’s universally acclaimed post-apocalyptic action movie brought in an additional $3 million for a new international total of $209.3 million and worldwide tally of $356.37 million.

Marvel’s Avengers: Age of Ultron rounded out the top ten films with $1.6 million for a new domestic total of $452.4 million. Now in its ninth week at the box office, the Disney film has made a total of $919.1 million overseas for a total haul of $1.4 billion globally.

Elsewhere, Universal and Illumination Entertainment's Minions continued its international rollout, grossing a stellar $36 million from 10 markets for an early foreign total of $51.7 million, including a $16.1 million launch in the U.K.

Paramount’s Terminator: Genisys, which launched in 10 markets this weekend ahead of its July 1 North American launch, grossing a promising $8.3 million to pace 20 percent ahead of Terminator: Salvation. Led by Singapore ($1.4 million), the movie, which stars Emilia Clarke, Arnold Schwarzenegger and Jason Clarke, also opened in Colombia, Peru, Vietnam and Turkey, among other territories.