Highly-anticipated sequels ‘22 Jump Street’ and ‘How to Train Your Dragon 2’ take the top two spots at the North American box office. 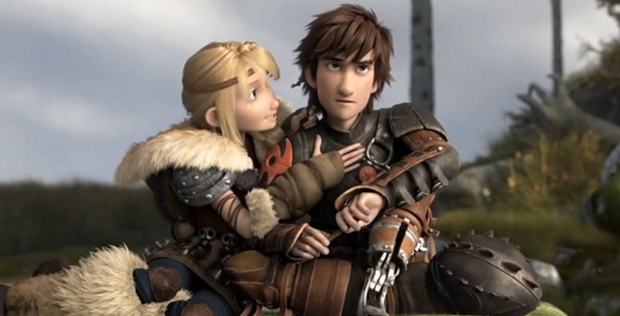 With the second-best opening of all time for an R-rated comedy, Channing Tatum and Jonah Hill's 22 Jump Street beat out How to Train Your Dragon 2 for the top spot at the Father's Day weekend box office.

22 Jump Street, costing under $60 million to produce, is a win for Sony and MGM, debuting ahead of the first Jump Street, which opened to $36.3 million in summer 2012. The Hangover: Part II remains the record-holder for top R-rated comedy with $85.9 million. Overseas, 22 Jump Street, directed by Phil Lord and Christopher Miller (The Lego Movie), took in $6.9 million from 14 markets for an early total of $20.6 million.

From DreamWorks Animation and distribution partner Fox, How to Train Your Dragon 2 brought in $50 million for its debut, marking DWA's best opening in two years. Dragon 2 came in ahead of the first Dragon, which opened to just north of $36 million in March 2010. Overseas, Dragon 2 got off to an impressive start in its first 25 markets, grossing $24.8 million and coming in number one everywhere, including in Russia with $12.8 million.

Dean DeBlois returned to direct Dragon 2, which follows the heroic Viking Hiccup (Jay Baruchel) and his faithful dragon as they try to save the world from the power-hungry Drago. The voice cast also features Cate Blanchett, Gerard Butler, Craig Ferguson, America Ferrera and Jonah Hill.

Disney's Maleficent continued to bewitch audiences, placing number three in its third weekend with $19 million for a domestic total of $163.5 million and worldwide total of $436.4 million. Maleficent is Angelina Jolie's number two live-action title of all time after Mr. & Mrs. Smith ($478 million).

In fourth place, Tom Cruise's sc-fi epic Edge of Tomorrow grossed $16.2 million over its second weekend out for a domestic total of $56.6 million. The $178 million feature from Warner Bros. and Village Roadshow continued to fare better overseas, taking in $37.4 million for a foreign total of $181 million and worldwide total of $237.6 million.

Edge of Tomorrow narrowly edged past Maleficent ($37.2 million) internationally to come in second place for the weekend behind Godzilla, which powered to a first place finish ($38 million), thanks to a $36 million debut in China.

Globally, Godzilla crossed the $400 million mark over the weekend, finishing Sunday with a total $429.6 million, including $248.3 million internationally.

Fox's YA adaptation The Fault in Our Stars came in fifth place at the domestic box office, taking in $15.7 million for a North American total of $81.7 million. Worldwide, Fault in Our Stars, based on John Green's book and starring Shailene Woodley and Ansel Elgort as young lovers who meet in a cancer support group, crossed the $100 million mark as it took in another $16.4 million overseas from 37 markets for an early international total of $39.3 million.

Furthering Fox's strong summer, X-Men: Days of Future Past crossed the $200 million mark over the weekend at the domestic box office, eclipsing Godzilla and The Amazing Spider-Man 2 with a sixth place finish. Internationally, Bryan Singer's superhero tentpole has now earned $457.6 million for a world total of $663.5 million.

Legendary Pictures and Warner Bros.' Godzilla came in seventh place for its fifth weekend out, earning $3.2 million for a domestic total of $191.3 million.

Seth MacFarlane's ill-fated A Million Ways to Die in the West slipped to number eight domestically in its third weekend out, earning $3.1 million for a total of $36.9 million.

Universal’s R-rated Neighbors, now in its sixth week out, came in ninth place with $2.5 million for a domestic total of $143.1 million.

Rounding out the list at number 10, Jon Favreau's indie food-truck comedy Chef, from Open Road Films, made $2.3 million over its sixth week at the box office for a domestic total of $14.1 million.