The Adam Sandler-led CG-animated sequel ‘Hotel Transylvania 2’ sets a new opening weekend record for the month of September, marking the best start ever for a Sony Pictures Animation title. 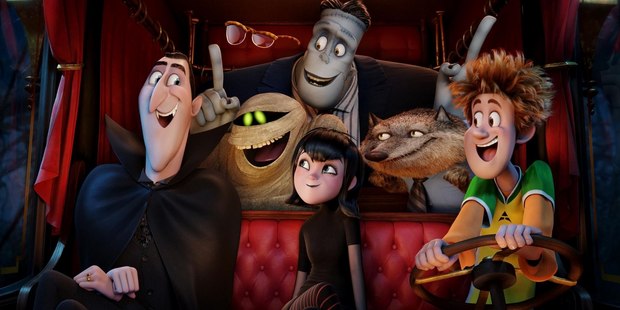 Sony's Hotel Transylvania 2 led the way at the North American box office this past weekend, taking in $47.5 million from 3,754 locations for its debut, and setting a new opening weekend record for the month of September (without adjusting for ticket price inflation).

The Adam Sandler-led CG-animated comedy from Sony Pictures Animation outpaced expectations, opening 12 percent stronger than the $42.52 million debut of its predecessor (and previous September opening weekend record holder) Hotel Transylvania back in 2012, and marking the best start ever for an SPA title. Overseas, the $80 million sequel opened to $29.2 million from 32 territories in Latin America, Asia and the Middle East for an early global tally of $76.7 million.

Coming in second was director Nancy Meyers’ comedy The Intern, starring Anne Hathaway and Robert De Niro. The Warner Bros. film, made for $40 million, debuted to $18.2 million from 3,305 theaters. Overseas, The Intern launched in 40 markets, grossing $11.8 million for a total of $30 million worldwide.

Placing number three was 20th Century Fox’s Maze Runner: The Scorch Trials, which brought in $14 million from 3,792 locations over its sophomore weekend for a domestic total of $51.7 million. The sequel is pacing somewhat behind the first installment, which had grossed $58 million at the same point in its run. Internationally, Scorch Trials raced past the $100 million mark, earning $28.4 million from 70 territories for a foreign total of $121.8 million and global cume of $173.5 million.

M. Night Shyamalan’s The Visit came in sixth place over its third weekend out, taking in $6.7 million from 2,967 theaters for distributor Universal. Overseas, the horror title grossed $5 million from 22 territories, reaching a $14 million cume outside of North America for a worldwide gross of $66.3 million.

Also in its third weekend in theaters, Sony's The Perfect Guy landed in seventh place, taking in $4.8 million from 1,889 locations for a new domestic total of $48.9 million.

Faith-based title The War Room, released under Sony’s TriStar label, came in eighth place over its fifth weekend out. Directed by Alex Kendrick, The War Room made $4.3 million from 1,920 theaters for a new domestic total of $56 million.

Also opening this weekend was Eli Roth’s The Green Inferno, which was made for $6 million and is being released via Blumhouse's new label BH Tilt. The horror movie, Roth's first directorial effort in eight years, grossed $3.5 million from 1,540 locations to come in at number nine.

Elsewhere, Baltasar Kormakur's Everest came in behind expectations in North America with $13.1 million from 3,006 theaters as it expanded nationwide after a limited 3D engagement last weekend in IMAX and premium large-format theaters. From Universal, Working Title, Cross Creek Pictures and Walden Media, the film's 10-day domestic total is $23.1 million. Loosely based on the real-life tale of two climbing expeditions left stranded high atop the world's largest mountain in 1996, Everest fared better with audiences overseas, grossing a strong $33.8 million in its second weekend from 62 markets for a foreign total of $73.7 million and global cume of $96.8 million.