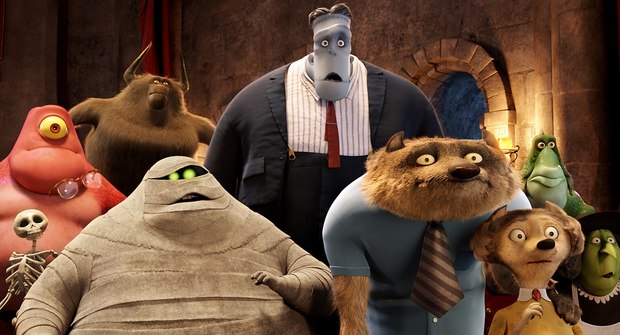 Ridley Scott's The Martian won the weekend race with a better-than-expected $37 million from 3,854 locations in its second outing for a domestic total of $108.7 million. The 20th Century Fox space epic, starring Matt Damon, also continued to dominate overseas, earning another $58.1 million from 74 markets for an early foreign total of $119 million and global tally of $227.7 million.

In second place, Sony's animated feature Hotel Transylvania 2 took in $20.3 million from 3,768 theaters in its third weekend out for a North American total of $116.8 million. Hotel Transylvania 2 remains a formidable force overseas, grossing $22.7 million internationally from 59 markets for a foreign cume of $90.9 million and worldwide total of $207.7 million.

The weekend’s only new entry, Joe Wright's big-budget Pan is looking like a major loss for Warner Bros. after opening to $15.5 million from 3,515 theaters in North America for a third place finish. Made for $150 million, the Peter Pan origins tale opened to $20.5 million from 52 markets for an early foreign total of $40.6 million for a total of $56.1 million globally. The VFX-heavy feature, starring Hugh Jackman, Rooney Mara, Garrett Hedlund and newcomer Levi Miller, rolls out in China on October 22.

Nancy Meyers’ comedy The Intern, starring Anne Hathaway and Robert De Niro, came in fourth place over its third weekend out, taking in $8.7 million from 3,224 theaters for distributor Warner Bros. for a new domestic total of $49.6 million. Overseas, The Intern earned another $14.8 million from 62 markets for a foreign total of $57.6 million and global take of $106.8 million.

Rounding out the top five, Denis Villeneuve's critically acclaimed Sicario made $7.4 million from 2,620 theaters for a new domestic total of $26.7 million. Overseas, the Lionsgate drug cartel drama brought in an additional $16.7 for an early global haul of $43.4 million.

Now in its fourth week at the box office, 20th Century Fox’s Maze Runner: The Scorch Trials came in sixth place with $5.3 million from 2,838 theaters for a new domestic total of $70.6 million.

Robert Zemeckis' The Walk, starring Joseph Gordon-Levitt as French high-wire artist Philippe Petit, expanded into more than 2,515 locations after debuting to a muted $1.6 million last weekend in an exclusive IMAX run. The Sony/TriStar film made $3.7 million for a seventh place finish and a new North American total of $6.4 million. Costing a modes $35 million to produce, The Walk also did muted business overseas, earning $5.2 million from 60 markets for an early foreign total of $7.1 million and global cume of $13.5 million.

Warner Bros.’ Black Mass, starring Johnny Depp, came in eighth place over its fourth weekend at the domestic box office, taking in $3.1 million from 2,057 theaters for a total of $57.6 million.

Baltasar Kormakur's Everest came in ninth place at the domestic box office for its fourth weekend out, taking in $3 million from 2,120 theaters for a new North American total of $38.2 million.

Rounding out the list at number 10 is M. Night Shyamalan’s The Visit, which made $2.4 million from 1,759 theaters for distributor Universal for a new domestic total of $61.1 million.