Peter Jackson's ‘The Hobbit: The Battle of the Five Armies’ once again rules the North American box office with $54.5 million for the four-day weekend; the New Line and MGM tentpole is on track to eventually cross $1 billion. 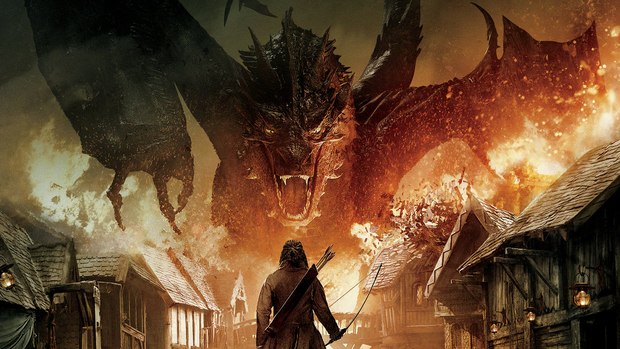 In its second weekend, Peter Jackson's The Hobbit: The Battle of the Five Armies once again ruled the North American box office, grossing $54.5 million for the four-day weekend, including $41.4 million for the three days. The New Line and MGM tentpole has taken in nearly $170 million domestically and a sizeable $573.6 million worldwide, ensuring that it will eventually cross $1 billion.

Disney’s Into the Woods came in third place with a $46.1 million debut, marking the biggest launch ever for an adaptation of a Broadway musical after Mamma Mia! ($27.8 million). The adaptation of Stephen Sondheim's Broadway musical, made for $50 million, earned $31.2 million for the weekend itself, and stars Meryl Streep, Emily Blunt, Anna Kendrick, James Corden, Chris Pine and Johnny Depp.

Among holdovers, Shawn Levy's family friendly Night at the Museum: Secret of the Tomb did brisk business for studio Fox in its second weekend, earning $27.9 million for the four-day weekend to come in at number four. The threequel, which has now earned $55.3 million domestically, added $30 million internationally, pushing the film’s worldwide total to $47.8 million.

Sony's Annie, opening opposite Secret of the Tomb and The Hobbit last weekend, placed fifth for the four days with $21.2 million for a domestic total of $45.8 million.

In sixth place, The Hunger Games: Mockingjay -- Part 1 became the second release of 2014 after Guardians of the Galaxy to jump the $300 million mark in North America, finishing Sunday with $306.7 million in domestic ticket sales. The tentpole has now earned $669.7 million globally.

The Gambler, directed by Rupert Wyatt and starring Mark Wahlberg, opened in seventh place with $14.3 million, including $9.3 million for the three-day weekend. Paramount made the drama for $25 million.

Fox and Chernin Entertainment's Exodus: Gods and Kings fell to ninth place in its third weekend out with $6.8 million for a domestic total of $52.5 million. Ridley Scott directed the biblical epic, which stars Christian Bale as Moses. Internationally, Exodus has now grossed $61.9 million for a worldwide total of $100.8 million.

Rounding up the list at number 10 is Fox Searchlight’s Wild, starring Reese Witherspoon, which brought in $5.4 million for a domestic total of $16.4 million.

Elsewhere, director Clint Eastwood's awards contender American Sniper also did big business, scoring the biggest opening of all time for a limited Christmas release. The movie, based on the real-life story of Navy SEAL Chris Kyle, grossed $850,000 from four theaters in New York, Los Angeles and Dallas (Kyle was from Texas) for a screen average of $212,500. The movie expands nationwide January 16, the beginning of the Martin Luther King Jr. holiday.

Among animated features, Disney’s Marvel-inspired Big Hero 6 continued its slow and steady international rollout, adding $24.7 million over the weekend for an early total of $120.9 million. DreamWorks Animation’s Penguins of Madagascar also made an additional $16.1 million this weekend, pushing the film’s total to $159.6 million.