Marvel and Disney's ‘Guardians of the Galaxy’ remains at the top spot in its sixth weekend, followed by Nickelodeon and Paramount's ‘Teenage Mutant Ninja Turtles.’ 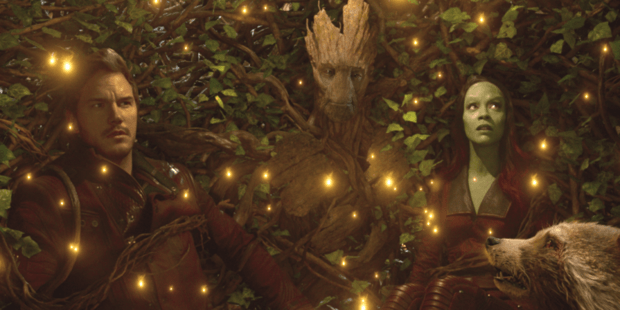 Marvel and Disney's Guardians of the Galaxy remained at the top spot in its sixth weekend, grossing $10.6 million for a domestic total of $294.6 million. Globally, the tentpole has earned $586.2 million, surpassing the first Iron Man ($585 million).

Guardians is the top-grossing film of 2014 so far in North America, eclipsing the $259.8 million earned by fellow Marvel and Disney tentpole Captain America: The Winter Soldier.

The weekend after Labor Day is historically the slowest frame of the year for moviegoing, but this year was worse than usual, with revenue tumbling more than 20 percent over last year and continuing the downward trend at the troubled domestic box office. Ticket sales topped out at roughly $63 million, the lowest of any weekend this year.

Holding at number two in its fifth weekend was Paramount's Teenage Mutant Ninja Turtles, which took in $6.5 million for a North American total of $174.6 million.

YA adaptation If I Stay, from Warner Bros., New Line and MGM, came in third place for its third week out with $5.75 million, pushing the film’s domestic total to $39.7 million.

Buddy action comedy Let's Be Cops, starring Damon Wayans Jr. and Jake Johnson, came in fourth place for the third weekend in a row with $$5.4 million. Now in its fourth week at the box office, the Fox comedy, made for $17 million, has brought in a total of $66.6 million.

In sixth place, Legendary Entertainment’s found footage horror film As Above/So Below made $3.7 million over its sophomore weekend for a domestic total of $15.6 million. Directed by John Erick Dowdle with a budget of roughly $5 million, the film is being distributed by Universal.

Now in its third week at the box office, Sony’s high school football drama When the Game Stands Tall brought in $3.7 million for a domestic total of $23.5 million and a seventh place finish.

The Weinstein Co.’s The Giver came in eighth place, taking in $3.6 million over its fourth weekend at the box office for a total of $37.8 million. The YA adaptation, directed by Phillip Noyce and starring Jeff Bridges, Meryl Streep, Brenton Thwaites, Alexander Skarsgård, Katie Holmes and Taylor Swift, was budgeted at $25 million.

DreamWorks and Participant Media's dramedy The Hundred-Foot Journey, about dueling French and Indian chefs in a small French town, again came in ninth place with $3.2 million, pushing the film’s domestic total to $45.7 million.

Rounding out the list at number 10, Scarlett Johansson's action film Lucy made $1.94 million as it crossed the $300 million mark worldwide in a major victory for Luc Besson's EuropaCorp. Lucy has grossed $143.7 million domestically and $192.2 million overseas.

In other box office news, Radius-TWC reported that VOD sales for Snowpiercer have hit a hearty $6.5 million. Combined with theatrical revenue of $4.5 million, the film has now earned $11 million.