After trailing Paramount and Nickelodeon’s ‘Teenage Mutant Ninja Turtles’ for the past two weeks, Marvel's ‘Guardians of the Galaxy’ moves back in to first place, passing ‘Transformers: Age of Extinction’ to become the highest-grossing movie of the summer at the domestic box office. 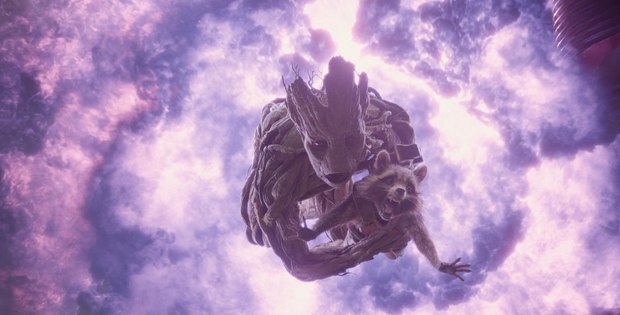 Among the newcomers, If I Stay had a solid debut, while Sin City: A Dame to Kill For did poorly. The Top 12 earned an estimated $105.4 million this weekend, up 17 percent from the same frame last year.

Marvel Studios and Disney's Guardians took in $17.6 million in its fourth weekend for a domestic total of $251.9 million, eclipsing the $243.3 million grossed by Transformers: Age of Extinction. And it will soon become the top grossing film of the year in North America when it overtakes fellow Marvel title Captain America: The Winter Soldier ($259.8 million). Globally, Guardians has grossed $489 million to date.

Paramount and Nickelodeon Movies holdover Teenage Mutant Ninja Turtles narrowly beat YA adaptation If I Stay to take the number two spot in its third weekend, grossing $16.8 million for a domestic total of $145.6 million and world haul of $238.8 million. If I Stay, from Warner Bros., New Line and MGM, followed in third place with $16.4 million.

In sixth place, The Weinstein Co. and Walden Media’s The Giver, directed by Phillip Noyce and based on Lois Lowry's 1993 YA novel of the same name, took in $6.7 million over its second weekend out for a total of $24.1 million.

From Lionsgate and Millennium, Expendables 3 came in seventh place at the domestic box office with $6.6 million, pushing the film’s total to $27.5 million.

From directors Frank Miller and Robert Rodriguez, Sin City 2 placed a dismal number eight with a $6.5 million debut. The sequel, from The Weinstein Co. and Dimension Films, opens nine years after the first film launched to more than $29 million.

DreamWorks and Participant Media's dramedy The Hundred-Foot Journey, about dueling French and Indian chefs in a small French town, came in ninth place with $5.6 million, pushing the film’s domestic total to $32.8 million.

Rounding out the list at number 10 is New Line and Warner Bros. tornado disaster film Into the Storm. Now in its third week at the North American box office, the found-footage film made $3.8 million domestically for a total of $38.2 million.

EuropaCorp’s Lucy led the overseas box office this weekend with $34 million. The Luc Besson thriller opened to a massive $6.3 million in Taiwan, where a significant portion of the movie is set. It also had strong debuts in the U.K. ($5.2 million) and Spain ($3.5 million). So far, Lucy has earned $103 million overseas, and still has many markets left to open; it expands in to Brazil, Japan and Mexico next weekend.

DreamWorks Animation’s How to Train Your Dragon 2 added $18.2 million at the global box office this weekend, pushing the film’s total past $400 million. China is now the animated sequel’s biggest market with $48.2 million.