In another victory for Marvel Studios, James Gunn's ‘Guardians of the Galaxy’ opens to a record-breaking $94.3 million in North America, the top August debut of all time. 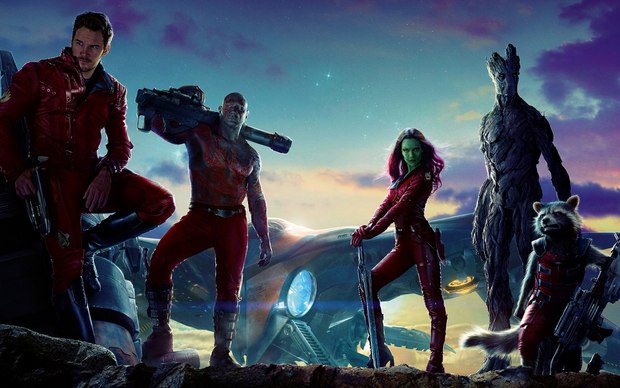 In another sizeable victory for Marvel Studios, James Gunn's Guardians of the Galaxy opened to a record-breaking $94.3 million in North America, the top August debut of all time and besting every other summer tentpole save for Transformers: Age of Extinction.

Guardians secured the best showing of the year so far for an original property, as well as coming in ahead of high-profile summer franchise installments Godzilla ($93.2 million), The Amazing Spider-Man 2 ($91.6 million) and X-Men: Days of Future Past ($90.8 million). And it's the third best debut of the year so far after Age of Extinction ($100 million) and fellow Marvel movie Captain America: The Winter Soldier ($95 million).

Still, Guardians of the Galaxy won't be able to rescue the ailing summer overall in North America. Domestic revenue was up nearly 35 percent from the same frame last year -- the first time it has been up in weeks -- but the summer is still down by a large margin.

Paramount's Age of Extinction also made headlines Sunday in becoming the first movie of 2014 to hit $1 billion in global ticket sales, thanks to earning more than $300 million in China. Among other milestones, Godzilla crossed $500 million worldwide, while 22 Jump Street laughed its way past $100 million internationally for a worldwide total of nearly $290 million.

Universal’s Lucy, came in second place, falling a respectable 58 percent to $18.2 million for a domestic total of $79.6 million.

This weekend's other new wide offering, James Brown biopic Get On Up, placed third with an $14 million debut. The movie was directed by The Help director Tate Taylor, and stars Chadwick Boseman as the legendary godfather of soul. Brian Grazer's Imagine Entertainment produced the $30 million film with Mick Jagger.

Paramount and MGM's Hercules continued to lag, coming in fourth place in its second outing with $10.7 million for a domestic total of $52.3 million. Overseas, the Dwayne Johnson movie took in $14.2 million from 35 markets to jump the $100 million mark worldwide, ending the weekend with a total of $108.8 million.

Fox's Dawn of the Planet of the Apes rounded out the top five, grossing $8.7 million for a domestic total of $189.3 million. Internationally, the sequel grossed $47.5 million from 70 markets for a foreign total of $260 million and worldwide haul of $449.3 million.

Universal's horror entry The Purge: Anarchy placed seventh with $5.6 million for a total $63 million. The movie, which cost just $9 million to make, was produced by Jason Blum's Blumhouse Productions and Platinum Dunes.

Rob Reiner's romantic comedy And So It Goes, starring Michael Douglas and Diane Keaton, made $3.34 million over its sophomore weekend for a ninth place finish and domestic total of $10.5 million. The film, with a production budget of $30 million, is being distributed by Clarius Entertainment.

Rounding up the list at number 10 is Roadside Attractions’ spy thriller A Most Wanted Man, starring the late Philip Seymour Hoffman opposite Rachel McAdams. The movie, based on the John le Carre book of the same name, made $3.32 million for a total of $7.1 million.