Marvel and Disney's Guardians of the Galaxy is ousted from the top spot of the domestic box office chart by two new entries, but the film is still making headlines. 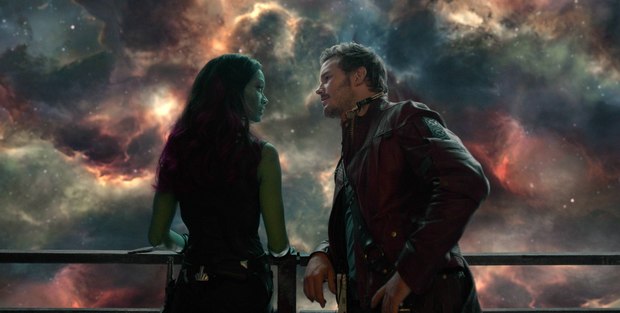 Marvel and Disney's Guardians of the Galaxy has been ousted from the top spot of the domestic box office chart by two new entries, Screen Gems’ No Good Deed and Alcon Entertainment’s Dolphin Tale 2, but that doesn’t mean the film still isn’t making headlines.

Thriller No Geed Deed won the North American box-office race with $24.5 million from 2,175 theaters, while the 3D Dolphin Tale 2, distributed by Warner Bros., came in second place with $16.6 million.

Meanwhile, James Gunn’s Guardians of the Galaxy has become the first film of 2014 to hit the $300 million mark domestically. (Disney’s Frozen crossed the $300 million mark in January, but that film was released in 2013.) Globally, the tentpole has crossed $600 million to finish Sunday with a total of $611.5 million.

Paramount and Nickelodeon Movies' Teenage Mutant Ninja Turtles also celebrated a milestone as it crossed the $300 million mark worldwide, including a domestic total of $181 million through Sunday for a fourth place finish.

Rounding out the top five is 20th Century Fox’s buddy action comedy Let’s Be Cops, which brought in $4.3 million over its fifth weekend at the box office for a total of $73 million.

The late James Gandolfini's final film, The Drop, came in sixth place with $4.2 million from only 809 theaters. From Fox Searchlight and Chernin Entertainment, The Drop stars Gandolfini opposite Tom Hardy and Noomi Rapace. Directed by Michael R. Roskam, the crime drama, set in Brooklyn, made its world premiere last weekend at the Toronto Film Festival.

YA adaptation If I Stay, from Warner Bros., New Line and MGM, came in seventh place for its fourth week out with $4.1 million, pushing the film’s domestic total to $44.9 million.

Relativity’s The November Man came in eighth place at the domestic box office with $2.8 million, pushing the film’s domestic total to $22.5 million.

The Weinstein Co.’s YA adaptation The Giver came in ninth place, taking in $2.6 million over its fifth weekend at the box office for a total of $41.3 million. Directed by Phillip Noyce and starring Jeff Bridges, Meryl Streep, Brenton Thwaites, Alexander Skarsgård, Katie Holmes and Taylor Swift, The Giver was budgeted at $25 million.

DreamWorks and Participant Media's dramedy The Hundred-Foot Journey, about dueling French and Indian chefs in a small French town, came in tenth place with $2.5 million, pushing the film’s domestic total to $49.4 million.

In other box office news, EuropaCorp’s Lucy added $25 million overseas this weekend to bring its international total to a massive $231 million. Still to open in several international markets, including China, Lucy is on pace to earn well over $400 million worldwide.

Lionsgate and Summit Entertainment’s Divergent finally opened in China this weekend, earning roughly $10 million in its first seven days. The sci-fi film has now taken in $135.4 million overseas, and could approach $150 million by the end of its run.

LAIKA’s The Boxtrolls also got an early international start this weekend; the movie opened to $3.4 million in the U.K. and $1.8 million in Mexico.