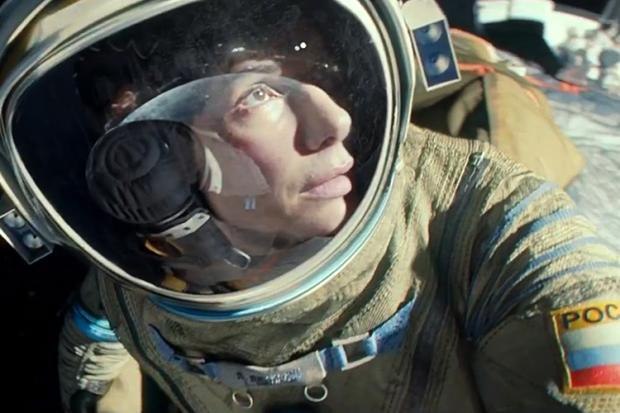 Now in its third week at the box office, Alfonso Cuaron's 3D space epic Gravity continued to dominate, taking in $31 million over the weekend to push the film’s domestic total to $170.6 million. Overseas, the Warner Bros. film also placed number one for the third consecutive weekend, taking in $33.5 million and crossing the $100 million mark for a foreign total of $114.2 million. Worldwide, the film has brought in a total of $284.8 million.

Gravity remains a huge draw in 3D and in IMAX, which has now delivered a total $38 million in total ticket sales. Over the weekend, IMAX grosses clocked in at $7.4 million, the second best showing for a film in its third weekend after Avatar.

Sony’s animated feature, Cloudy with a Chance of Meatballs 2, came in fourth place over its fourth weekend out, bringing in $10.1 million for a North American total of $93.1 million.

Coming in fifth place, newcomer Escape Plan, starring Sylvester Stallone and Arnold Schwarzenegger, brought in $9.8 million for its debut. Formerly known as The Tomb, Summit Entertainment and Emmett/Furla films partnered on the action film, which reportedly cost upwards of $70 million before tax rebates. Overseas, the film has earned $14.1 million for a worldwide total of $23.9 million.

Warner Bros. and Alcon Entertainment’s Prisoners came in sixth place, taking in $2.1 million for a domestic total of $57.3 million over its five weeks at the box office.