Young women prove their might at the North American box office, delivering a $48.2 million opening for YA romance ‘The Fault in Our Stars’ and beating out Disney’s ‘Maleficent’ and Tom Cruise’s ‘Edge of Tomorrow.’ 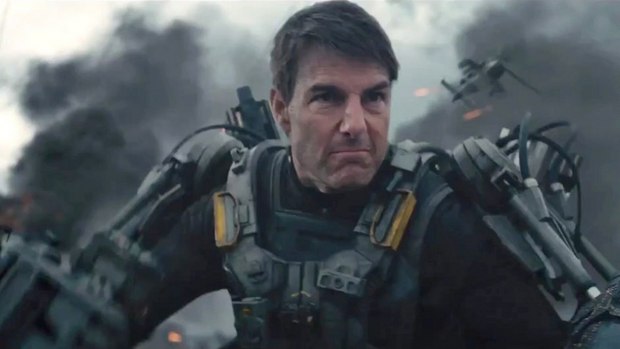 In a victory for Fox 2000, young women proved their might at the North American box office this weekend, delivering a $48.2 million opening for YA romance The Fault in Our Stars. Budgeted at $12 million, the film stars Shailene Woodley and Ansel Elgort as two young lovers who meet in a cancer support group. Josh Boone directed The Fault in Our Stars, which also stars Laura Dern, Sam Trammell, Nat Wolff and Willem Dafoe, from an adapted script by Scott Neustadter and Michael H. Weber.

The Fault in Our Stars grossed $17 million overseas, beating Tom Cruise’s Edge of Tomorrow in 16 of the 17 international markets where it launched this weekend, including Australia, Mexico and Brazil, where Green's book is a cultural phenomenon.

In second place, Disney’s Maleficent brought in $33.5 million over its sophomore weekend for a domestic total of $127.4 million. Overseas, the movie took in a $59.7 million from 52 markets for an international total of $208.1 million. Maleficent has yet to open in China and Japan.

Edge of Tomorrow took third place with $29.1 million, on par with recent sci-fi movies like Elysium ($29.8 million) and John Carter ($30.2 million), but noticeably lower than last year's Oblivion (also starring Tom Cruise) and Pacific Rim, both of which opened north of $37 million.

Directed by Doug Liman and co-starring Emily Blunt, Edge of Tomorrow stars Cruise as a military spin doctor who finds himself on the battlefield, where he is forced to live the same day over and over again. The Warner Bros. and Village Roadshow title cost at least $178 million to make, and couldn't match the $37.1 million debut of Cruise's last film, the sci-fi epic Oblivion, which opened in April 2013.

Edge of Tomorrow is faring better overseas, earning $82 million for the weekend from 63 markets to top the foreign chart. First rolling out internationally last weekend, Edge has now earned $111 million offshore for a worldwide total of $140.1 million.

Seth MacFarlane's ill-fated A Million Ways to Die in the West slipped to number five domestically in its second weekend, earning $7.2 million for a total of $30.1 million.

Legendary Pictures and Warner Bros.' Godzilla came in sixth place for its fourth weekend out, earning $5.9 million for a domestic total of $185 million.

Universal’s R-rated Neighbors continued to do big business in its fifth week out, coming in seventh place with $5.2 million for a domestic total of $137.8 million.

Disney holdover Million Dollar Arm, now in its fourth week out, rounded out the list at number 10, taking in $1.8 million for a total of $31.4 million.