After being rejected by critics and audiences alike, 20th Century Fox's ‘Fantastic Four’ sees one of the lowest openings of all time for a big-budget studio super hero movie. 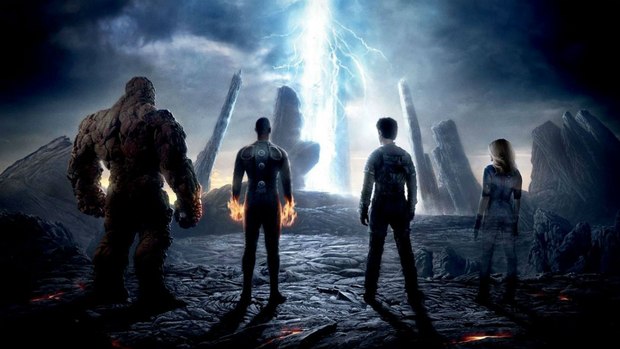 20th Century Fox's Fantastic Four opened to a dismal $26.2 million from 3,995 theaters at the North American box office after being rejected by critics and audiences alike, one of the lowest openings of all time for a big-budget studio super hero movie. Fantastic Four came in well behind the first two films, Tim Story’s 2005 Fantastic Four ($56.1 million) and the 2007 sequel, Fantastic Four: Rise of the Silver Surfer ($58.1 million).

Overseas, Fantastic Four, starring Miles Teller, Michael B. Jordan, Kate Mara and Jamie Bell, launched to $34.1 million from 43 markets for a global bow of $60.3 million. Rogue Nation was easily the winner internationally as well, taking in another $65.5 million as it expanded into a total of 58 territories for a foreign cume of $156.7 million and global haul of $265.3 million.

Joel Edgerton's directorial debut, psychological thriller The Gift, placed third, taking in $12 million from 2,503 theaters. From STX Entertainment and Blumhouse, The Gift stars Edgerton as a man with an unhealthy fixation on an old schoolmate (Jason Bateman) and his wife (Rebecca Hall). Jason Blum produced the $5 million feature alongside Rebecca Yeldham and Edgerton.

From New Line and Warner Bros., Vacation landed in fourth place for its sophomore weekend, taking in $9.1 million for a 12-day domestic total of $37.7 million.

Disney and Marvel's Ant-Man, which crossed $300 million worldwide last week, followed in fifth place with $7.8 million for a new domestic total of $147.4 million. Overseas the pint-sized super hero made $178.9 million internationally for a global cume of $326.3 million through Sunday.

Now in its fifth week out, Universal and Illumination Entertainment's Minions continued to make headlines, crossing $300 million domestically and $600 million internationally for a global gross of $912.5 million through Sunday. Overseas, the Despicable Me spinoff has earned $609.8 million to date, passing up Despicable Me 2 ($607.8 million).

In limited release, Jonnathan Demme's Ricki and the Flash, starring Meryl Streep, placed number seven in its debut with $7 million from 1,603 theaters. That's among one of the lowest nationwide openings for a Streep film, although the $18 million TriStar/Sony movie's theater count is modest and its location average ($4,367) isn't that far behind The Gift's. Streep returns to theaters as a rocker with dashed dreams and a troubled family life in Ricki and the Flash, the first films from Tom Rothman since arriving at the studio. The movie expands next week into more than 2,000 locations.

Universal’s R-rated Trainwreck, starring Amy Schumer and directed by Judd Apatow, came in eighth place at the North American box office with $6.2 million for a new domestic total of $91 million.

Sony’s Pixels came in ninth, taking in $5.4 million over its third weekend in theaters for a new North American total of $57.6 million. Overseas, Pixels continues to do poorly at the international box office, grossing just $9.2 million this weekend from 75 territories for a new worldwide tally of $131.24 million.

Jake Gyllenhaal's boxing drama Southpaw, from The Weinstein Co., rounded up the top ten movies in North America, taking in $4.7 million for a new domestic total of $40.7 million.

This weekend's fourth new offering is animated film Shaun the Sheep, from Aardman Entertainment and Lionsgate. A spinoff of the hugely successful, dialogue-free British TV series, the film, which opened Wednesday and earned a B+ CinemaScore, placed number 11 with $4 million from 2,320 theaters for the weekend. Its five-day total since debuting Wednesday is $5.6 million.

Elsewhere, China’s blockbuster Monster Hunt gobbled another $18.8 million on the way to its fourth straight weekend atop the Chinese box office. The live-action/CGI hybrid movie directed by Shrek animation supervisor Raman Hui has grossed $330 million and sits only behind Furious 7 ($391 million) on the list of China’s all-time highest-grossing films.

Pixar’s Inside Out earned an additional $10.8 million from 53 territories on its eighth weekend of overseas release, lifting the overseas total to $300.1 million and the worldwide total to $635.5 million.