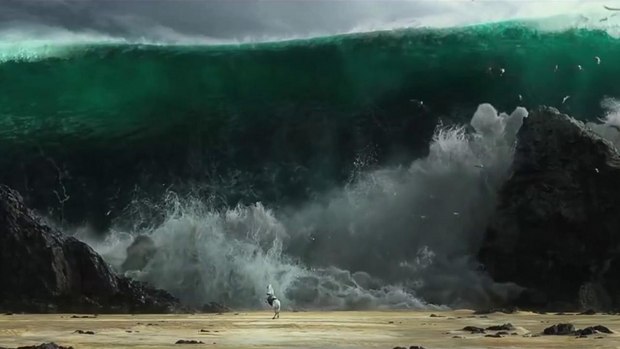 Ridley Scott’s Exodus: Gods and Kings easily topped the U.S. box office this weekend with a $24.5 million debut, dethroning The Hunger Games: Mockingjay — Part 1, which had held the number one spot for the past three weeks. Exodus, which cost $140 million to make after tax breaks, also opened in several international territories, earning $43.3 million around the globe for distributor 20th Century Fox for a worldwide total of $74.3 million.

Second place for the weekend went to the third Hunger Games film, The Hunger Games: Mockingjay -- Part 1, now it its fourth week in theaters. The Jennifer Lawrence-starring YA adaptation earned $13.2 million for a domestic total of $277.4 million. Worldwide, the film has made $611.4 million, helping Lionsgate pass the $1 billion mark internationally for the third year in a row.

DreamWorks Animation’s Penguins of Madagascar swooped in just ahead of this weekend's other new offering, Top Five, for third place. The Madagascar spinoff earned $7.3 million in its third week at the box office, pushing the film’s domestic total to $58.8 million. Overseas, Penguins earned an additional $14.7 million for an international total of $116 million and worldwide tally of $174.8 million.

Chris Rock's comedy Top Five lands in fourth place for the weekend with a $7.2 million debut. The Paramount film, about a comedian who is trying to be a serious actor, opened in 979 locations, and will open wider in the coming holiday weeks.

Disney's Marvel-inspired Big Hero 6 took fifth place, adding $6.1 million to its domestic tally for a total of $185.3 million. Internationally, Big Hero 6 has made $68.2 million to date, pushing the film’s worldwide total to $253.5 million.

Horrible Bosses 2 placed seventh, taking in $4.6 million for a domestic total of $43.6 million. Overseas, the R-rated comedy, from New Line and Warner Bros., has made $32.3 million for a worldwide total of $75.9 million.

Universal’s Dumb and Dumber To came in eighth place at the North American box office, taking in $ $2.8 million for a domestic total of $82.1 million.

Focus Features' Stephen Hawking biopic The Theory of Everything came in ninth place, taking in $2.5 million for a total of $17.1 million.

Rounding up the list at number 10 is Fox Searchlight’s Wild, starring Reese Witherspoon. Now in its second week in limited release, Wild made $1.5 million for a domestic total of $2.4 million.